Amazon Prime Video in August has everything you need for a night in (or if the sun is just a bit too much for you).

From tales of romance to some gripping thrillers, the team has something for everyone.

That’s before we even think about the film classics getting added to their slate.

Here’s everything you have to tune into.

What TV shows are coming to Amazon Prime Video in August?

Anthology series Modern Love is back with more romantic tales – this time in New York and Ireland.

Each episode tells a different story about love in its many forms, and the complications that come with it.

Bring the tissues and prepare to cry and have your heart warmed.

Nicole Kidman and Melissa McCarthy lead the all-star cast in this thrilling drama.

Set at a boutique health-and-wellness resort that promises healing and transformation, nine stressed city dwellers try to get on a path to a better life.

However, things start taking a turn as Tranquillum House’s methods prove to bring out the worst in those attending.

Read More: Nine Perfect Strangers: Everything we know so far from cast to plot

The show is based on the best-selling novel of the same name by Liane Moriarty.

The first three episodes drop on August 20th, and then continues weekly. 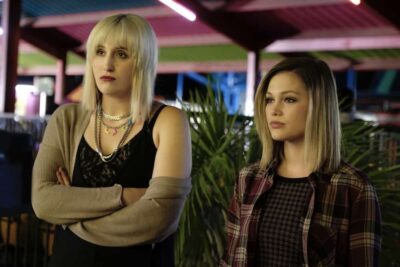 Cruel Summer takes place over three summers in the 1990s and focuses on the fallout of a teenage girl who goes missing.

Following the girl’s disappearance, a seemingly unrelated girl transforms from an awkward misfit to the most popular girl in town.

Eventually, she becomes the most hated person in America.

The series was a smash hit in the US so we’re expecting the same reception here.

What films will be released on Amazon Prime Video in August?

This documentary film follows the life of the legendary actor, Val Kilmer.

The intimate look into the star’s career through his eyes, with access to the star’s intimate home videos as he makes some of his classic films.

Top Gun, Batman, Van Morrison – he’s a legend within his own right.

He also opens up about his battle with throat cancer and his fight to stay positive.