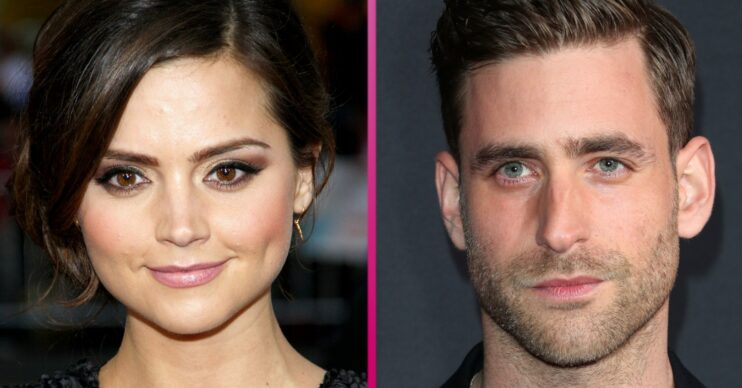 Filming for the series starts in the UK, United States and Canada this month

ED! favourite Jenna Coleman will star an upcoming drama series Wilderness about a marriage on the brink.

Prime Video has announced that the cast and crew have will soon start filming in the UK, United States and Canada.

So what’s it about, who else is in the cast, and how can you watch it?

What is Prime Video’s Wilderness about?

Wilderness follows British couple Liv and Will who seem to have it all.

On the surface, they have a rock-solid marriage, and a glamorous new life in New York (thousands of miles from their provincial hometown).

The pair are still young enough to feel that their whole lives are ahead of them.

However, their perfect existence is turned on its head with Liv discovers that Will is having an affair.

Her heartbreak is swiftly followed by fury.

And her fury soon leads her to revenge…

When Will proposes a trip around America’s epic National Parks to give their relationship a fresh start, Liv knows just what to do.

Wilderness is a twisted love story, where a dream holiday and a supposedly “happily-ever-after” quickly turns into a living nightmare.

Sounds right up our street!

Is Wilderness based on a book?

Wilderness is based on the 2019 B.E Jones’ novel of the same name.

The novel is described as “a dark and addictive thriller that you won’t be able to put down”.

The story follows two weeks, 1,500 miles and three opportunities for Will to save his own life…

If he fails? Well, it’s dangerous out there.

There are so many ways to die in the wilderness; accidents happen all the time.

And if it’s easy to die, then it’s also easy to kill.

Where is Wilderness being filmed?

Filming for Wilderness commences in June in the USA, Canada and UK.

So expect to see some stunning scenery.

When will Wilderness start and how can I watch it?

The series will launch on Prime Video next year in over 240 countries and territories.

Amazon Prime Subscribers will be able to watch the series.

Prime members will be able to watch all episodes of Wilderness anywhere and anytime on the Prime Video app or online at www.amazon.co.uk/primevideo.

Cast and crew have only just started filming, so the thriller won’t land on our screens until at least early 2023.

Who’s in the cast of Wilderness on Amazon Prime Video?

She recently played Marie-Andrée Leclerc in The Serpent on BBC One.

The actress is also known for her role as Queen Victoria in the TV series of the same name, and Joanna in The Cry.

She’s also played Lindsay James in Waterloo Road, and Jasmine Thomas in Emmerdale from 2005 to 2009.

Recently, he’s popped up in some acclaimed films too.

He starred as Toni in The Lost Daughter, and Adrian Griffin in The Invisible Man.

Oliver has also played Roddy in Mr Selfridge, Phillip White in Lark Rise to Candleford, and Jonathan Harker in Dracula.

He’s even portrayed Prince William in Will & Kate: Before Happily Ever After.

Amazon Prime Video has not yet announced any other cast members.

Wilderness will stream on Amazon Prime Video sometime in 2023.

Are you excited to watch this new book adaptation? Leave us a comment on our Facebook page @EntertainmentDailyFix and let us know what you think of this story.