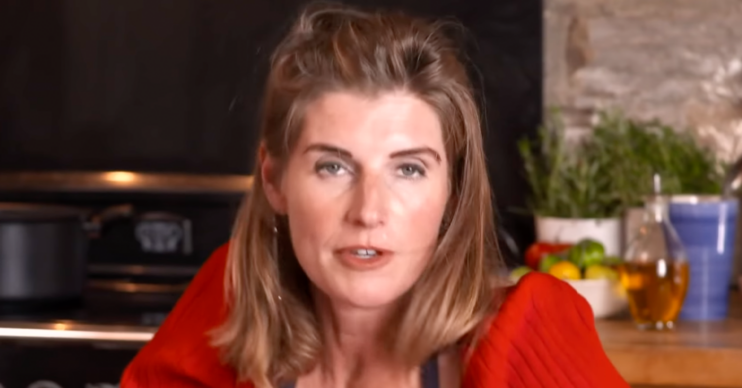 All in a day's work for the Yorkshire Shepherdess!

Amanda Owen has delighted her Twitter followers by sharing an incredible video of a new arrival on the farm.

The Yorkshire Shepherdess, who is mum to nine kids, welcomed another baby this week.

Except it wasn’t of the human kind…

The farmer shared a picture of her Clydesdale horse Hazel giving birth to her first foal.

“What a start to the day!” she captioned the video, including two horse emojis.

In the video, Amanda can be seen helping Hazel deliver the foal.

As the horse lies on the floor in labour, Amanda can be seen helping by pulling the foal’s leg to free it from its mum.

Hope mum and foal are doing well, that looks exhausting for all involved.

She then drags the foal around to Hazel’s face, so she can start to care for her baby.

The baby can then be seen waiting for its mum to get her energy back.

As a result, many of Amanda’s followers shared their fears.

“The mum looks exhausted!” said one.

“Please keep us  posted on mum and bubba, she looks exhausted,” said another.

“Hope mum and foal are doing well, that looks exhausting for all involved,” said a third.

However, Amanda soon put her followers’ minds at rest in with a second post.

She posted a video of Hazel and her foal enjoying some mother and baby bonding time.

Amanda captioned the clip: “Hazel’s first foal and she’s up and got it licked.”

In the video, Hazel and the foal can be seen sitting together in the lush green countryside, Hazel tenderly licking her baby.

As a result, her animal-loving fans were thrilled.

“I think we were all a little worried about Hazel yesterday. So lovely to see them both up and grazing,” said one follower.

“So glad she’s okay. Have been thinking of them both today,” said a second.

A third echoed: “Wonderful. I’ve been waiting for news since you showed the birth. Well done Hazel and you.”

So what do you think of Amanda’s video? Tell us on our Facebook page @EntertainmentDailyFix.