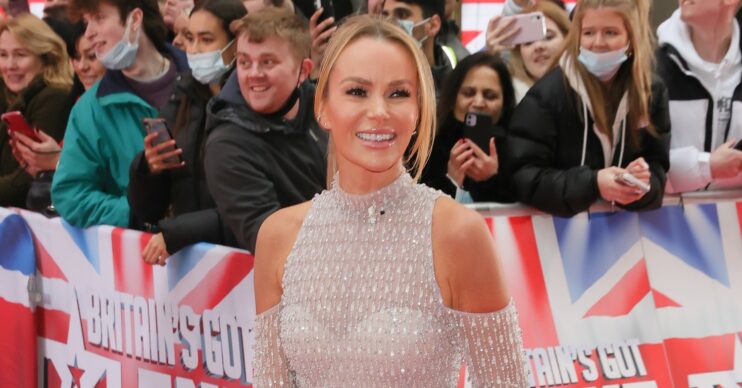 Support from the last person she deserved

The mum-of-two, 51, is happily married to her husband Chris Hughes.

However she was previously hitched to comedian and actor Les, who she said was her ‘rock’ during a particularly testing time.

Les separated from Amanda in 2002, two years after it was revealed she had a five-week affair with Men Behaving Badly actor Neil Morrissey.

Amanda met Neil on the set of BBC’s Happy Birthday Shakespeare and told the Daily Mail that the media scrutiny was the ‘worst time of her life’.

She said: “I brought it on myself, I appreciate that, but nothing will ever be as bad again. It was a very dark time. It got to the point where I felt I could hardly breathe.”

Amanda’s rescuer came in the most unlikely form – the man she’d betrayed, Les.

She mused: “Les proved to be my saviour. Ironically. So the person I’d hurt the most in the world was the one who was there for me.”

Amanda was only 22 when she married the comedian, who was 18 years her senior.

Speaking about her admiration for her ex, the mum-of-two said she admired Les for not hiding his emotions, adding that she wished she wasn’t always such a “people pleaser”.

The actress met her husband Chris, a record producer, in 2003.

The pair dated for seven years before getting married in 2010.

Joining them at their star-studded nuptials was their daughter Lexi, who was nearly two.

They then welcomed their second daughter Hollie in 2012.

Amanda often posts loved-up pics of her and Chris and told Hello! magazine he was a ‘proper bloke’ that ‘looked after her’.

The couple have had their fair share of tragedy with Amanda sadly giving birth to their stillborn son Theo, aged seven months.

However, Amanda said Chris does a great job of ‘steering the Mandy ship’ by making sure she occasionally relaxes.

Do you remember Amanda Holden and Less Dennis together?

Britain’s Got Talent is on ITV at 8pm. Are you watching? Leave us a comment on our Facebook page @EntertainmentDailyFix.