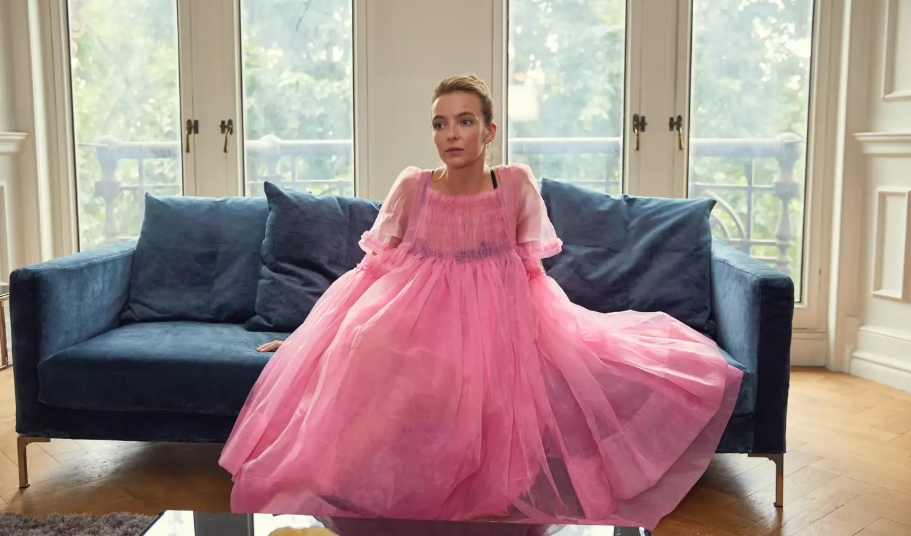 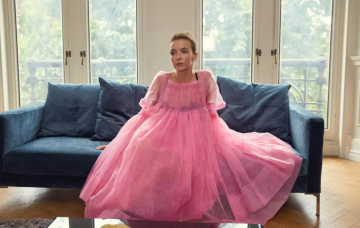 All you need to know about BBC thriller Killing Eve

From the writer and creator of comedy Fleabag

She plays Villanelle, a cold-hearted Russian assassin, who picks off targets in picturesque locations across Europe, while wearing killer designer outfits.

She’s on her way to the UK | @killingeve SEPTEMBER 15th 9:15pm on @bbcone. DO NOT MISS IT! Art courtesy of the incredible @cam_p17! 💖 PS. If you love it that much you can head over to @bbcthree afterwards and binge watch it all on iPlayer! OHYEAHHHHHHHHH #killingeve

The eight-part series has been adapted for television by the supremely talented Phoebe Waller Bridge, who wrote and starred in ‘hot mess’ BBC Three comedy series Fleabag, and is essentially a cat and mouse chase between Villanelle and Eve, a spy assigned to take her down.

As the series begins, Eve, played by US A-lister Sandra Oh, is a bored and under-utilised MI5 security officer whose dull job ties her to her desk, rather than offering her James Bond-style opportunities to save the world in dramatic fashion.

Read more: Everything you need to know about BBC drama The Woman In White

That’s until she spots a pattern in a recent spate of killings: the perpetrator is a woman… and is charged with bringing Villanelle in.

US viewers have quickly fallen in love with the deliciously naughty and camp Killing Eve,  and TV bosses have already renewed the show for a second series.

BBC America president Sarah Barnett commented on the swift extension: “This show has the thunder of women on both sides of the chase in Sandra Oh and Jodie Comer and, importantly, behind the camera with the lavishly brilliant Phoebe Waller-Bridge.

“The early response to Killing Eve has been incredible – for that reason, as well as the fact that we wholeheartedly love this original, funny, thrillingly entertaining series, we are delighted to move ahead with a second season before we even premiere.”

Sandra and Jodie are joined by a host of faces recognisable from TV and film.

They include Fiona Shaw as Carolyn Martens, David Haig as Eve’s colleague Bill, Kim Bodnia as Konstantin and Darren Boyd as Frank Haleton all among the cast.

What is Killing Eve about?

Based on novellas by Luke Jennings, Killing Eve is fairly unique in presenting a female character in early middle age who is stuck in a rut – despite her unconventional, high-stakes career.

But as Eve is stagnating behind her desk rather than fulfilling her fantasies of being an active spook, Villanelle pops up – unwilling to relinquish the benefits of her murderous lifestyle – to be the mouse to Eve’s cat.

However, as the story develops it becomes unclear whether it is Eve who is actually the mouse, as both lead characters  become locked in a battle of wits with deadly consequences.

“Eve hits a plateau in her marriage, in her job,” Sandra explained to TIME magazine.

“Then Villanelle comes along with her finesse, her style, her lack of inhibition – everything Eve doesn’t have. Villanelle ignites something in Eve.”

As their dance of death threatens to tip over into obsession, both discover aspects of their enemy which they come to admire.

And even though they are mortally pitted against one another, there are also undercurrents of mutual fascination as gunshots ring out and they fantasise about being each other – and with each other.

Where else have you seen members of the Killing Eve cast?

Canadian star Sandra is most associated with her Golden Globe-winning role as Cristina Yang on medical drama Grey’s Anatomy.

She has also played memorable parts in Sideways, Arliss, The Princess Diaries, Hard Candy, Sesame Street and has voiced the character of Katie in American Dad!

Liverpool-born Jodie, 25, has performed significant roles in miniseries Thirteen, My Mad Fat Diary and, of course, Doctor Foster (in which she played Kate Parks).

Theatrical great Fiona Shaw is best known on the silver screen for playing Petunia Dursley in the Harry Potter films and her role in season four of True Bloodas Marnie Stonebrook.

She also had a memorable cameo as Miss Lomax in Three Men and a Little Lady in the early 1990s.

Olivier award winner David Haig is known for his comedic roles in TV and film as DI Grim in The Thin Blue Line and a groom in Four Weddings and a Funeral.

He has also appeared in The Thick of It and forgotten Ben Elton bomb The Wright Way.

Danish actor Kim Bodnia came to international attention with his role as Detective Martin Rohde in The Bridge. He is also a director.

Darren Boyd was in BAFTA-winning form for Sky 1 sitcom Spy and is also familiar from the likes of Luther, Lucky Man, playing John Cleese in Holy Flying Circus, Green Wing, Smack the Pony, Veep and Fortitude.

When will Killing Eve air in the UK?

Killing Eve begins on BBC One on Saturday, September 15.

After the first episode has aired, the remaining seven episodes will be available to binge watch on BBC Three iPlayer. And, trust us, you’ll want to!

How have US viewers reacted to Killing Eve?

Almost universally with two thumbs up.

Rotten Tomatoes, a site which brings together TV and film reviews to give an overall rating by critics currently gives Killing Eve a 100% ‘fresh’ rating.

More importantly, those watching at home have lavished the series with praise, hailing it as “fantastic”, “brilliant” and one of the most engaging shows of the year.

AAAAHH @KillingEve is so FANTASTIC! also there will never be a greater tv introduction then eve had #KillingEve

The first two episodes of #KillingEve on BBC America have been fantastic. Highly entertaining. Sandra Oh and the actress playing the assassin — and the whole cast really — are so good

If you aren’t watching #KillingEve, I’m so sorry. It’s marvelous, and @IamSandraOh is 3d perfection in it. @KillingEve

So, who isn’t watching Killing Eve on BBC America, and if so, why not? This is a hoot.

@KillingEve is by far one of my favourite shows of 2018. I love everything about it! Villanelle is a great villain. I can’t wait to see what happens next!#Villanelle #JodieComer #FanArtFriday #FanArt #illustration #drawing #doodle #characterdesign #procreate #cartoon pic.twitter.com/Bk9XiFufxT