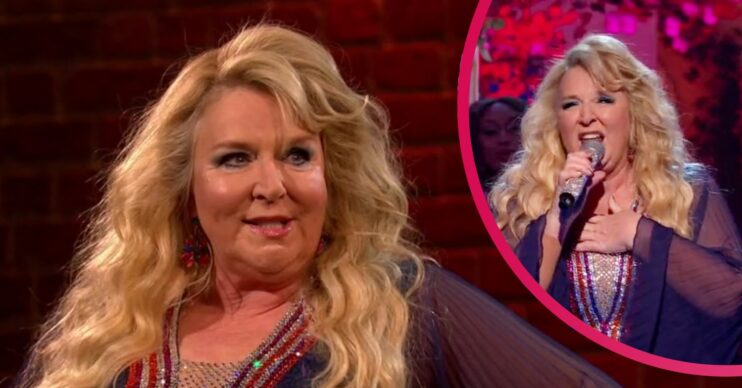 Some viewers thought Fern "slaughtered" the song she performed

ITV viewers have defended Fern Britton after she faced backlash over her appearance on All Star Musicals.

Some viewers were less than impressed with the 64-year-old’s singing, whilst others thought she’d been “robbed” of victory.

What did Fern Britton do on All Star Musicals?

Read more: All Star Musicals on ITV: When is pregnant Catherine Tyldesley due to have her baby?

However, despite pulling out all the stops, Fern’s rendition of the ABBA classic failed to be a hit with ITV viewers.

In fact, it took just moments into her performance for viewers to slam the star.

What did viewers say about Fern Britton’s performance?

Viewers took to Twitter to both slam Fern, and defend her.

“I think the sound man who had to listen to Fern through a set of headphones should get the Queen’s award for gallantry this year,” another said.

“Fern just awful. Judges must be deaf,” a third tweeted.

But some fans were on Fern’s side and defended the presenter’s performance online.

“How did Fern not win,” one outraged viewer asked.

“Well done @Fern__Britton you smashed it loved your performance,” another said.

“Smiling from ear to ear watching Fern Britton clearly having a fab time!” a third tweeted.

What did the star say about appearing on All Star Musicals?

Ahead of her appearance on All Star Musicals, Fern spoke to the Loose Women about why she was taking part.

The star revealed that she was going to be following in her father’s footsteps by performing on the show.

“Well yes, you know my father was a very big star in the West End. Particularly in musicals but also you know drama, comedy on television,” she said.

“And so I thought, well I mean perhaps there is something in the genes that means I can do something in a musical.”

“The answer is no,” she admitted.

Despite some fans believing Fern should have won, it was in fact Catherine Tyldesley who walked away victorious. The 38-year-old actor performed a stunning rendition of Memory from Cats to win.

What did you think of Fern’s performance on All Star Musicals? Leave us a comment on our Facebook page @EntertainmentDailyFix and let us know what you think of this story.