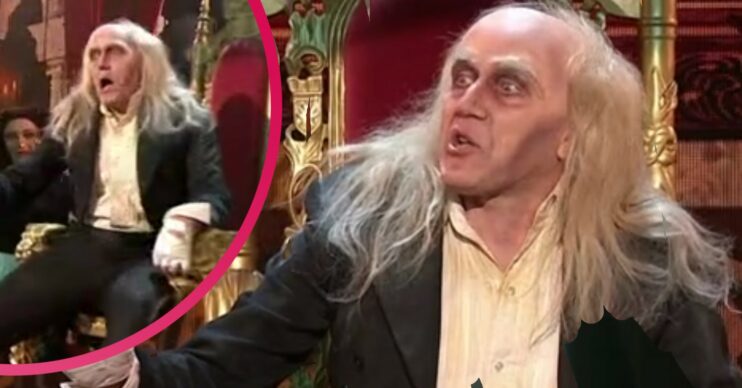 And he impressed viewers with his incredible makeover that left him barely recognisable.

Ben Miller on All Star Musicals

The Death in Paradise star sported grimly pale skin and a balding wig as he took on the role of Riff Raff from the famous musical.

Viewers loved Ben’s version of the classic song and couldn’t wait to share their views on social media.

One fan tweeted: “I would pay good money to see Ben Miller as Riff Raff in Rocky Horror #AllStarMusicals.”

Another added: “#benmiller doing a great job as Riff Raff. Top marks for costume and makeup as well.”

But, sadly, Ben didn’t walk away from the Christmas edition of the show as a winner. Instead, former Coronation Street actor Catherine Tyldesley won the accolade with her moving performance of Memory from Cats.

After her win, she said: “Thank you so much and thank you to everyone. Everyone has worked so hard so this is for everyone. The tuition Elaine (Paige) gave me, I will keep with me forever.”

But many viewers were left feeling sad that Ben didn’t win.

“@ActualBenMiller got robbed” one fan raged, posting a GIF of a kitten shielding its eyes in disbelief, with the caption: “You’ve got to be kitten me.”

“Ben Miller was robbed,” agreed another.

One person said: “Ben Miller was robbed, I say, robbed!”

“How did Ben Miller not win that?” asked someone else. “Unbelievable ffs!”

How did Ben Miller not win that! Unbelievable ffs #AllStarMusicals

Meanwhile Ben revealed that he had gained a new respect for musicals after the experience, saying: “After weeks of training I am nowhere near ready. In fact, I don’t know what I was thinking.”

Previously the Bridgerton star told Radio Times: “I’ve just loved the whole experience. What really attracted me to doing it as a show was the fact we would get training. Quite serious vocal and dancing training.

“I got to fulfil a wish… I just love that musical.

“Goodness me, I absolutely loved it, but obviously it’s not for the faint-hearted.”

You can watch Ben on All Star Musicals on ITV Hub now.