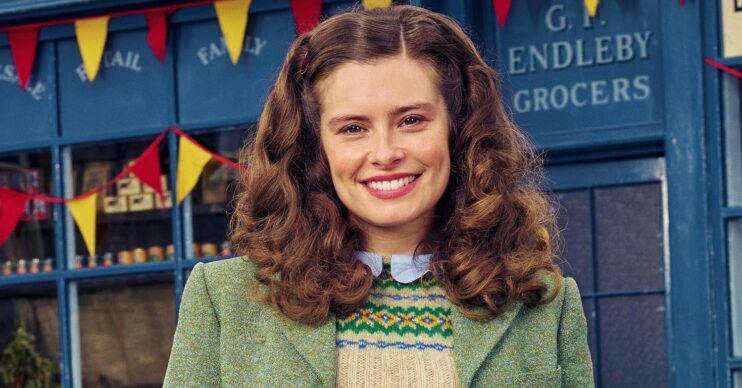 All Creatures Great and Small: Is Helen actress Rachel Shenton married and what did she win an Oscar for?

Rachel will be familiar to many as Mitzeee in Hollyoaks?

Helen in All Creatures Great and Small is a pivotal character in the show, and the love interest of James Herriot.

She’s played by 33-year-old Rachel Shenton, but where do you recognise her from?

Helen in All Creatures Great and Small: Where do you recognise actress Rachel Shenton from?

Rachel is a recognisable face from the world of British TV.

Previously, she appeared in Waterloo Road as Courtney in 2007.

But it was her role as Mitzeee Minniver in Channel 4 soap, Hollyoaks, where she really made a name for herself.

Read more: All Creatures Great And Small: When is the second series on?

You could call Mitzeee a little bit lively because she was involved in all sorts.

Her main storylines included relationships with both Warren Fox, who she helped put in prison, and Riley Costello, who was later accidentally killed by Simon Walker.

And let’s not forget her ongoing feud with Mercedes McQueen.

Will Mitzeee be returning to Hollyoaks?

Asked if she would ever got back to the show, she said: “I’m so grateful for that show it was such a brilliant training ground and I made so many friends who are still my friends now.

“I don’t have any plans to go back at the moment, I’m enjoying doing other things but I certainly had a good time, I will always hold it in high regard.”

Has Rachel ever won an Oscar?

After leaving Hollyoaks and a short stint on an American sitcom, Rachel co-created and starred in a short film called The Silent Child in 2017.

Based on Rachel’s own experiences as a child growing up with a deaf parent, it tells the story of Libby – a profoundly deaf child who is helped by a social worker to live with her disability.

The following year, the film won the Oscar for Best Live Action Film.

In a promise to the young star of the film, Rachel signed her acceptance speech to the crowd.

Is Rachel married and does she have children?

And get this, the pair married in secret after their Oscar win.

She told The Sun in 2018: “We got married not that long ago in amongst all the madness!

“It was a very private event, we wanted to keep it private, but I am so happy though. It has been a very good year, I don’t know what we are going to do next year!”

The couple do not currently have any children.