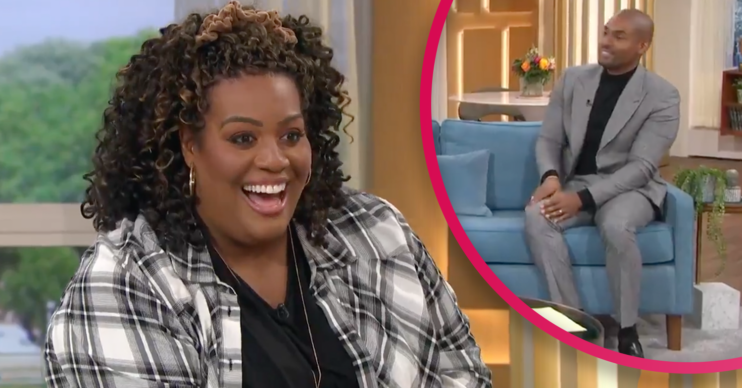 She's single and ready to mingle!

This Morning host Alison Hammond is on a mission to find a man after being set a dating challenge by love expert Paul Carrick Brunson.

He appeared on This Morning today (October 21) and set Alison a challenge.

“She’s single and she’s ready to mingle so I want Alison to go out and approach 10 men by December,” he said.

“Be honest, tell them why you decided to approach them,” he added.

“I’ll see what I can do,” she said, adding: “There may be someone in the studio I might approach.”

The challenge came after Alison was caught flirting with the lovely Paul, leaving Dermot O’Leary to host the link out of Clodagh McKenna’s segment alone.

Read more: Alison Hammond admits people are ‘nicer’ to her when she’s slimmer

“Oh, are we on camera,” Alison quipped, laughing at her own joke.

Viewers picked up on Alison’s doe eyes, with one commenting: “Alison is just keeping it real. Have you seen how hot Paul is.”

Another quipped: “It was like we’d just caught Alison sitting on the desk chatting up the new guy.”

“Alison has a crush on Paul,” declared a third.

“Hahaha Alison chatting him up,” another added.

So, as This Morning star Alison heads off on a quest for love, let’s take a look at her dating history.

Who has This Morning host Alison Hammond dated?

Alison has been married once, to Noureddine Boufaied – the father of her son Aiden.

She discovered she was pregnant shortly after finding fame in the Big Brother house in 2002.

He works as a cab driver in Manchester, and it’s not known when or why they split.

The pair met on a dating app but their romance wasn’t to be and they split in 2017.

At the time, Alison confirmed: “We split up. It’s the worst news ever. I don’t think I want anyone else now.”

What happened on Celebs Go Dating?

Last year, though, Alison decided it was time to get back on the horse as she signed up for E4 dating show Celebs Go Dating.

There, she hit it off with single man Ben Kusi.

Speaking to Holly Willoughby on This Morning, Alison revealed the chemistry was there.

She said at the time: “He’s fit. I could see later on, I will want to rip his clothes off. I can see a future potential. He looks great. He’s beautiful.”

However, although the pair stayed in touch after the cameras stopped rolling, love sadly didn’t blossom.

What is This Morning star Alison looking for in a man?

Alison previously revealed to Closer that she’d like to date someone who doesn’t know who she is.

“It would be lovely to meet someone who hasn’t got a clue who I am. Wherever I go I always get recognised, but I like it, it’s nice – I don’t mind it,” she said.

“I always say it’s nice to make an effort with people because you don’t know what you’ve done for that person – you might have uplifted them one day when they were feeling down.”