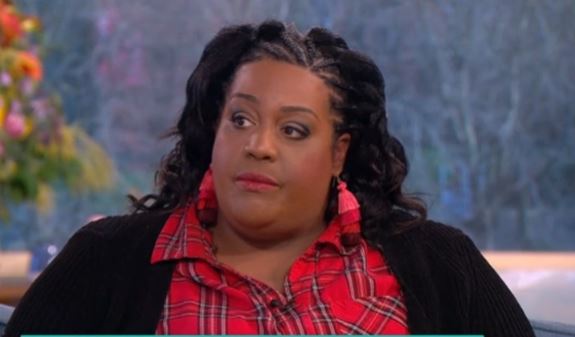 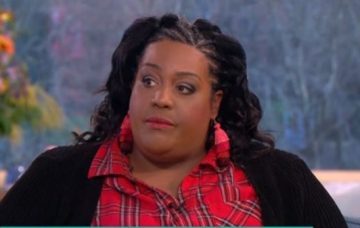 She certainly got rather excited!

Alison Hammond has admitted she may need “royal protocol” lessons after screaming at Prince Harry and Meghan Markle to come talk to her.

The This Morning showbiz reporter made headlines in December thanks to her rather enthusiastic and, er, unorthodox approach to interviewing royalty.

Alison was sent to Nottingham for This Morning to report on Meghan and Prince Harry’s first official engagement as a couple.

She ended up standing behind a barrier yelling at Harry to “come and get warmed up” next to her, and shouting “Megs, Megs!” to catch his partner’s attention.

Her antics divided This Morning viewers, with some branding Alison’s attempts to interview the royal couple ’embarrassing, cringe and awkward’, while others loved her approach to the situation, describing it as ‘hilarious and refreshing’.

Returning to the This Morning sofa today, Alison joked: “I may need to get some lessons on royal protocol!”

“Please don’t change, that was the only way to do it and the best way to do it,” said Phillip.

Holly added: “I was watching another channel the other day doing something and it was so dull compared to you, not even a patch.”

Phil then said he reckons Harry and Meghan would enjoy Alison’s approach to getting their attention.

Alison explained: “That day, I was just so excited as I’d never done something like that before.

“I was extremely excited at the vibe down there and I just couldn’t believe that Meghan had come so close.

“Harry did look like he wanted to speak to me but as soon as he saw the microphone he swerved.

“There was that recognition. He looked like he would come speak to me so if I didn’t have a microphone, me and Harry would be mates.”

Back in December, an excited Alison tried to get the royal couple’s attention on their walkabout, screaming out: “Harry! Harry! Come and get warmed up by me! Come and say how you’re doing. Congratulations!”

However, the prince walked straight past her without comment.

Alison then tried to get Meghan to chat, screaming at the American actress: “Megs! Megs! Megs! ITV, Megs! You look beautiful today. Megs, you may have seen me with Harrison Ford. Megs, I know all the showbiz. Alison Hammond, showbiz!

She did finally manage to attract the star’s attention, telling her “congratulations from This Morning”.

When quizzed today if she’d use the same attention-grabbing tactics with The Queen, Alison laughed: “No! Definitely not. I wouldn’t have been asked to do it!”