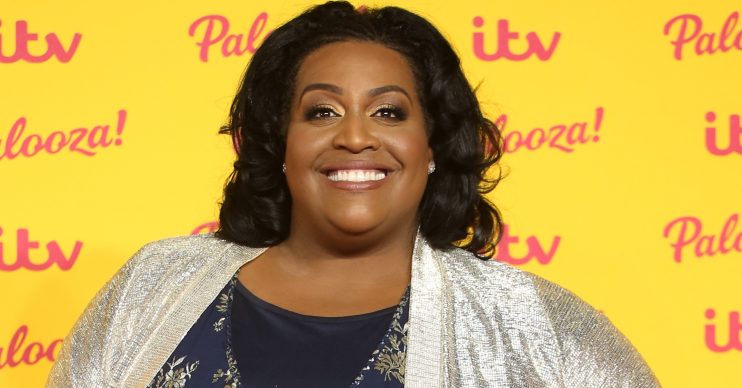 Alison Hammond confirms she will be going on Celebs Go Dating

Alison Hammond has signed up for Celebs Go Dating to search for “the one”.

The 44-year-old roving reporter – who is mum to 13-year-old Aiden, who she shares with her ex Noureddine Boufaied – is has been confirmed for the next series of the E4 dating show after being single for two years.

The secret is out “ I’m doing @celebsgodating yay !!! “ So excited to go dating and get out there ♥️💕will you be watching ?

She said: “I’ve always given my heart and soul to my career and I think it’s time now to give some quality time to dating.

“I’m already complete, I’m looking for someone who’s secure, together and got their s*** going on!

“I’m ready to find that one. Or you never know, maybe two!”

The This Morning reporter met security guard Jamie Savage in 2014 but their breakup in 2017 left Alison “gutted”.

She said at the time: “We split up. It’s the worst news ever.

“It was really recent and I’m a bit gutted about it.

“You never know, we might get back together, but I’m not feeling it at the minute. I don’t think I want anyone else now, I feel really sad.”

What’s more, the former Big Brother housemate looks set to join Spice Girls star Mel B on the programme, after it was claimed the singer is wanted for the show.

An inside source recently said: “It would be a real coup for the show to land Scary Spice and she would be a huge ratings draw, especially because she has a larger-than-life personality and is open to dating both men and women.

“Mel is up for trying new things at the moment, especially since her profile has been raised again after the Spice Girls’ summer tour.”

I’m ready to find that one. Or you never know, maybe two!

Other stars confirmed for the next series of the programme – which sees love gurus Anna Williamson and Paul Carrick Brunson help their celebrity clientele in the search for love – are former TOWIE star Amy Childs, reality star

The eighth season of Celebs Go Dating – which will also see the return of flamboyant receptionist Tom Read Wilson – returns in 2020.