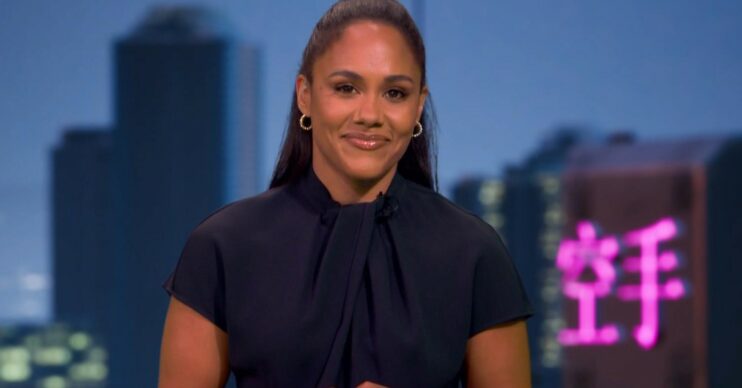 The BBC star has lived with a painful fear for years

Soccer Aid star Alex Scott may seem like a bubbly personality on-screen, but she’s had a tough time of it behind the scenes.

The ex-pro footballer and sports presenter has carved a career for herself in TV in recent years.

However, it hasn’t been an easy transition from the pitch for her.

Alex revealed last year to The Times that she was viciously trolled early on in her media career.

Being targeted had a big impact on her mental health and, as a result, she began to grow fearful of leaving the house.

She revealed that she regularly worries about someone “throwing acid” on her, just like Loose Women star Katie Piper.

She revealed: “It’s a worry every day. Worrying if somebody will throw acid in my face. Worrying about my mum because I know she’s panicking that I’m not safe, that I live on my own, that I can’t walk down the street.”

Her battle with her anxiety reached a low point in 2019. As a result, she was diagnosed with depression and began to undergo therapy in a bid to help her cope with day-to-day life.

It’s a worry every day. Worrying if somebody will throw acid in my face.

Meanwhile, she went on to share that therapy has helped her to keep toxic people out of her life.

“If someone has got bad energy around me, then I’ll remove them from my life. That’s something I’ve only just learnt to do.”

Alex also previously opened up about wanting to be a role model for young girls who hope to carve a career for themselves in the sporting world one day.

Read more: Who is in the cast of Coronation Street 2022? Meet this year’s full line-up

“The ability for young girls to see strong, positive role models is so key,” she told Good Housekeeping.

“If they can see it, they can aspire to be it.”