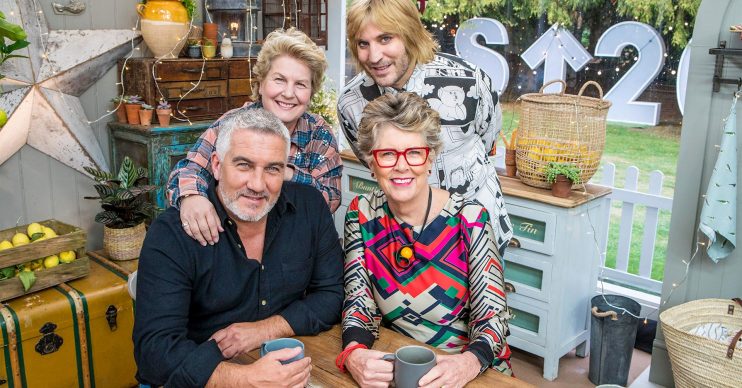 Presenter Alex Jones has revealed she’s set to feature on the next celebrity edition of Channel 4 cooking show The Great British Bake Off.

On Instagram, The One Show favourite shared a snap of herself in an apron and told fans she had “the best time” filming for the programme, which is in aid of the charity Stand Up To Cancer.

Alex joked about her cookery skills as she admitted that those who know her might be “horrified” at the thought of her baking on the telly.

She wrote in the caption: “People who know me will be shocked, even horrified but I’m very pleased to announce that I took part in the @britishbakeoff for @su2cuk and had the best time!

“You can see it soon on @channel4. Not sure my showstopper was quite what @paul.hollywood had in mind…”

Alex will be joined on the programme by Jaws actor Richard Dreyfuss, documentary maker Louis Theroux, singer James Blunt and a host of others.

Sarah Lazenby, Channel 4’s Head of Formats and Features, said: “The Great Celebrity Bake Off is a key ingredient in our Stand Up to Cancer recipe.

People who know me will be shocked, even horrified.

“We’ve seen the power of using comedy and entertainment to bring awareness and raise millions of pounds to fund pioneering cancer trials. We hope viewers will enjoy this year’s line-up of famous bakers, there’s never a dough moment as each bring something fresh and exciting to the tent.”

Kieran Smith, executive producer, commented: “We are thrilled to be partnering up with SU2C once again and helping to raise crucial funds in the fight against cancer.”