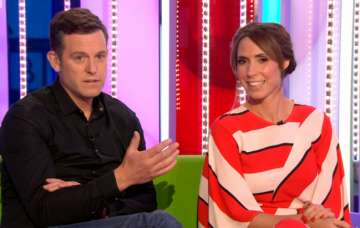 One Show presenters looked uncomfortable when put on the spot

The One Show presenters Alex Jones and Matt Baker were put on the spot about their pay packets on Wednesday’s show.

The co-hosts looked awkward when guest Anne Robinson challenged them to discuss whether they have a gender pay gap.

The former Weakest Link presenter has been investigating the issue for a new documentary and claimed many women are getting paid less than their male counter-parts because they don’t have the confidence to negotiate higher wages.

As the pair looked awkwardly at one another, Matt tried to avoid the question which prompted Anne to exclaim: “Ohh, they are going to slide over that!

“It’s all over the newspaper so we do,” he then said.

Justifying his pay packet, Matt said: “Well, I do three jobs. I do The One Show, Countryfile and sports so it’s different.”

Matt then steered the conversation back to Anne’s documentary, The Trouble With Women, but the “horribly awkward” moment, as one put it, was not to be glossed over by viewers.

“Anne talking about the presenters pay was soooooo funny #ido3jobs #TheOneShow,” wrote one on Twitter.

“I feel for @MissAlexjones and Matt tonight. Not sure I’d invite Ann Robinson back,” said another.

“A difficult day in the office for Alex and Matt – feeling very sorry for them being asked personal questions on live TV!” wrote a third, while a fourth said: “wow how awks is this?!” 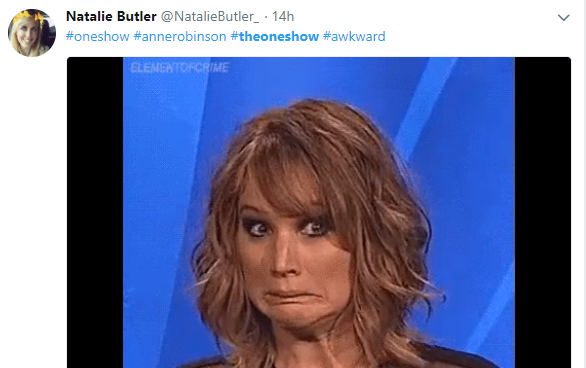 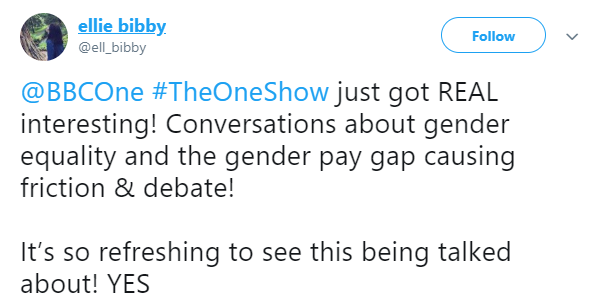 The pay packets of Alex and Matt, both 40, hit the headlines last year when the gender pay gap became a national talking point.

Published figures revealed that many of the BBC’s male presenters were paid much more than their female counter-parts.

It was the first time mother-of-one Alex had seen what Matt earns, and she was shocked to discover he was paid around £50,000 more than she was.

She told the Mirror at the time: “Matt and I have never discussed wages, but I assumed we got paid the same.

“I was quite shocked. I guess everybody else was.”

This year, Alex said the BBC have put things “right”.

She told Hello! magazine: “We’ve never discussed our pay because we’re quite British like that. Even my mum doesn’t know how much I earn.

“The BBC seem to be doing what they can and I know that with Matt and I, our editor put that right; it’s been addressed with us.”

Their comments from Wednesday’s show reveal they now get the same for their One Show duties – but Matt’s overall salary remains higher because of his other presenting jobs.

Do you agree Matt and Alex should be paid the same? Leave us a comment on our Facebook page @EntertainmentDailyFix and let us know what you think!