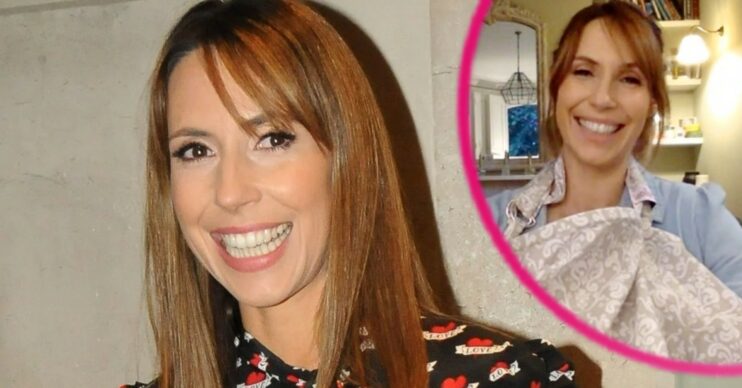 Alex Jones delights The One Show fans as she reveals daughter’s name, but what does it mean?

Alex Jones returned to The One Show last night to reveal her baby daughter’s adorable name.

The BBC presenter took a break from maternity leave earlier this week, as she showed off the tiny tot for the first time.

But as promised during the stint, Alex was back on Wednesday (September 1) to unveil her daughter’s name.

Alex Jones reveals her daughter’s name on The One Show

On Wednesday’s show, Alex revealed there was an issue which meant she couldn’t reveal it.

The star recently welcomed her third child with husband Charlie Thomson, who is originally from New Zealand.

Sharing the reason, she explained: “We were between two but then we finally decided on one, so we rang Charlie’s parents who are in Auckland in New Zealand.

Read more: Alex Jones stuns The One Show fans with appearance after giving birth to daughter

“They can’t be over here, sadly. We them last night which is this morning and we didn’t get an answer.

“So, I have just spoke to Charlie and he said that he doesn’t think we can tell everybody until mum and dad know as the grandparents already cannot be here to meet her. We we are going to have to ring her tonight.”

Alex, 44, added: “I think it is only fair that we tell granny and grandad first.”

Thankfully, the couple managed to get in contact with Charlie’s parents.

She spoke to hosts Sam Quek and Jermaine Jenas on Thursday, after being given the all-clear

While breastfeeding, Alex shared: “Her name is Annie.”

Her name is Annie

Following her brief appearance, viewers rushed to social media to comment on the name.

A second gushed: “Ahh lovely name. Enjoy every moment @MissAlexjones with your family, how lovely you are.”

Read more: How many children does Alex Jones have and when is she back on The One Show?

A third wrote: “I’d like to congratulate Alex Jones on her new baby Annie.”

What does Alex’s baby name mean?

The name is primarily a female name of English origin that means gracious and merciful.

Alex Jones Baby The One Show