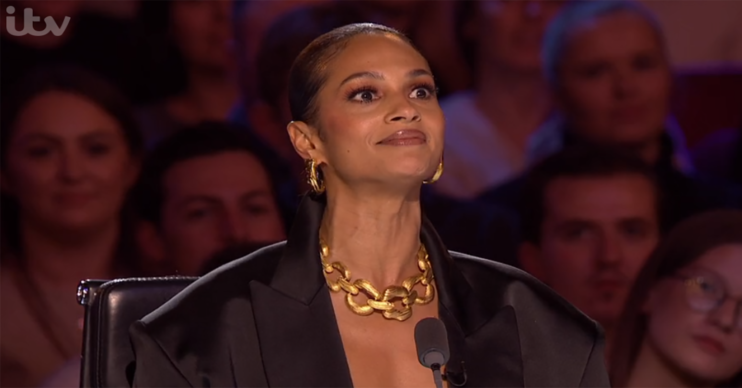 He served time for a drug offence

The judges on BGT were in stitches on Saturday thanks to comedian Nabil Abdulrashid and his cheeky humour.

He was Alesha Dixon’s golden buzzer act – but the funnyman reportedly once spent 15 months in prison on a drugs charge.

She told him on the show: “You’re edgy, charismatic. I love it.”

According to The Sun, the comedian was sentenced to three years in prison in 2005 for a drug offence.

In the end, he served just under half behind bars because of good behaviour.

But Nabil now helps other vulnerable youths and the homeless to keep them on the straight and narrow.

I ended up making mistakes that sent me to prison.

Nabil, who has helped raise over £2million for charity as part of a charity comedy tour, told the publication: “I found myself in the wrong crowd.

“I was still quite young, much younger than the people I was around and what I thought was friendship was really me being pushed to do stuff that I didn’t want and shouldn’t do and I ended up making mistakes that sent me to prison.”

He went to prison on a controlled substance charge, after cops found he had something on him which he “shouldn’t have had”.

And he blamed it on being naive and isolated at the time.

Nabil admitted his humour isn’t for everyone even though the judges were in hysterics.

When he was new to the stand-up circuit, he used to run his gags past the leader of his local mosque in Croydon, south London.

He said: “I would bounce ideas off my Imam. I would call him at weird times during the day and be like, ‘Hey, so, a Rabbi and a Imam walk into a bar…” and he’s like, “But why is the Imam in a bar?'”

Britain’s Got Talent is just the start

Nabil hopes being on BGT will propel him into a career as a top comedian.

However, he worries some of his previous social media posts could come back to bite him.

But so far, so good – he says he has never had a complaint after a show.

What did you think of Nabil’s act? Is he an early contender for winner or did you prefer one of the other acts? Tell us what you think of this story by visiting our Facebook page @EntertainmentDailyfix and leaving a comment.