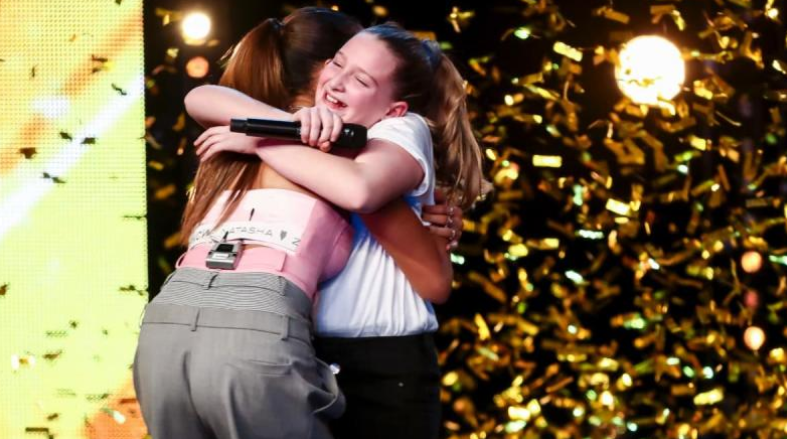 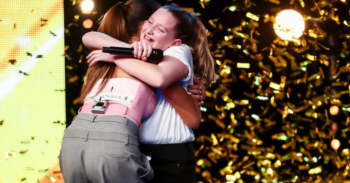 The young girl from Malta gave a storming performance

A 10-year-old schoolgirl from Malta has landed a place in the live shows of Britain’s Got Talent after Alesha Dixon hit the golden buzzer during her audition.

Giorgia Borg dazzled the judges with her rendition of 10, an original song she penned, explaining it is about “how some adults don’t listen to their kids”.

Giving her a standing ovation, Alesha said: “That’s how you do it.”

Fellow judge Simon Cowell told her: “I just knew when I woke up this morning this was going to be a great day.

“I have a son who is five and I listen to him, not the other way around.

“I learn a  lot more from him than other people so I get it and it was amazing.”

While David Walliams was delivering his comments, Alesha could be heard saying “oh forget it” before hitting the buzzer and going up on stage to give the singer a hug.

She told her: “You’re not even real, congratulations.

“It takes a lot to really move me and you floored me, absolutely floored me.

Viewers had a mixed reaction to Alesha’s selection…

She so deserved that golden buzzer I had a feeling someone was going to press it! Yes Alesha! #BGT @BGT #SuperSaturdays #Goldenbuzzer 😝😝😝😝😝😝😝😝😝😝😝😝😝😝😝😝

Interesting that she was saying how much she liked Alesha in the VT, and it just so happens it was her that gave the Golden Buzzer 🤔 #BGT

She didn’t deserve that buzzer. Finn the dog saved a guys life and Alesha said the song moved her. So she showed more emotion for an okay singer than a heroic dog? Starting to question this show… #BGT

Another act to wow the judges during the latest episode was PC Dave Wardell and his retired police dog, who was stabbed saving his life.

Simon was brought to tears as he heard how the service animal was stabbed with a 10-inch blade after he jumped between Mr Wardell and an offender wielding a knife.

Finn suffered serious stab wounds to the chest and head but did not let go until reinforcements arrived, and was initially thought unlikely to survive.

The duo landed four yes votes as they appeared on the talent show to perform an act in which Finn relays words chosen by the judges to his handler.

During the performance, a video about Finn’s story is shown, including pictures of the injuries he suffered and his recovery from surgery.

After the audition, Simon told them: “A dog will literally give up his life for you and for anyone who has been cruel to an animals or a dog, just remember if you had treated him well he would have put his life up ahead of you.”

Tune in this Saturday, 8pm on @ITV and @WeAreSTV for more cuteness from the Irish dancer 😁

The judges were also impressed by nine-year-old dancer Ethan Higgins from Dublin, rollerblading duo Rosie and Adam and magician Matt Stirling, 46, from Ruislip, who dazzled with his movie-themed card trick.

Another performer landing a place in the next round was Derek Sandy, 56, from the Isle Of Wight, who got the audience on their feet with his original song Welcome to the Isle Of Wight, performed in front of a montage of photographs of himself at various landmarks on the island.

See his full #BGT audition this Saturday, April 27th at 8pm on @itv and @WeAreSTV 🙌

Meanwhile, couple Katherine and Joe returned to Britain’s Got Talent a year after their unsuccessful audition while dressed as Beauty and the Beast.

This time they landed a place in the next round following their audition as Elsa from Frozen and a tap-dancing Sven the reindeer.

What a #BGT show we have tonight!🤩 Rollerblading, singing, dancing, and some Disney magic 👀✨

Tune in, tonight at 8pm on @ITV and @WeAreSTV 🙌 pic.twitter.com/WqcnpKcwuZ

Judge Amanda Holden told them: “Sorry, that was genius, that was my favourite thing of the whole day.”