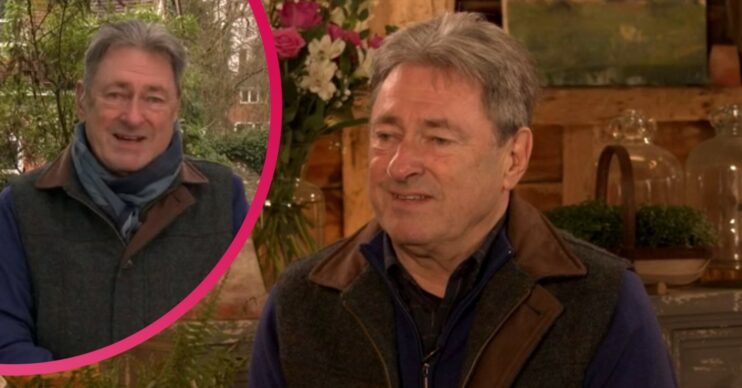 Revealed back in 2018 he'd previously suffered a health scare

Alan Titchmarsh has enjoyed a broadcasting career across TV and radio for 40 years. But the Love Your Weekend host has previously dismissed any notion of giving it all up for retirement.

The 72-year-old said in 2018 a health scare had prompted suggestions he might prefer to take it easy rather than maintain his busy work schedule.

But Alan explained at the time that being lucky enough that his work also includes his passions means that retirement wasn’t really a consideration.

Alan Titchmarsh on his ‘first love’

Speaking to greatbritishlife.co.uk, Alan detailed how – despite his telly and writing commitments – gardening remains ‘his life’.

Read more: Alan Titchmarsh on real reason his dad turned his nose up at gardening career

He admitted not having gardening in his life is unimaginable to him. And as a person who enjoys being outdoors, he also likes keeping busy with his hands.

DIY is not his thing however, and so he would never give up tending to gardens as it remains his “first love”.

Asked directly about whether he would ever consider retirement, Alan replied: “Not really.”

However, he remains aware of how heart issues run in his family – and his health was brought home to him after he was hospitalised with gallstones.

I really don’t want to retire.

Alan recalled:  “It was a very painful experience but a relief that it was not worse and a reminder of the vulnerability we all have.”

He continued: “It has been suggested that I should take it easier but I really don’t want to retire. I think we all need a purpose in life, a reason to get up in the morning. So at the very least I will always be a gardener it is what I am and I couldn’t do without it.”

But it isn’t just gardening Alan intends to pursue for the foreseeable future.

He also remains grateful for the way writing allows him to express himself – as well as the opportunities for travel and meeting people afforded to him by his career throughout his lifetime.

Alan went on: “I [also] like the contrasting fun of my TV work which is never dull so, really, I would not want to give it all up and retire.”

Love Your Weekend with Alan Titchmarsh airs on ITV, Sunday March 20, at 10am.