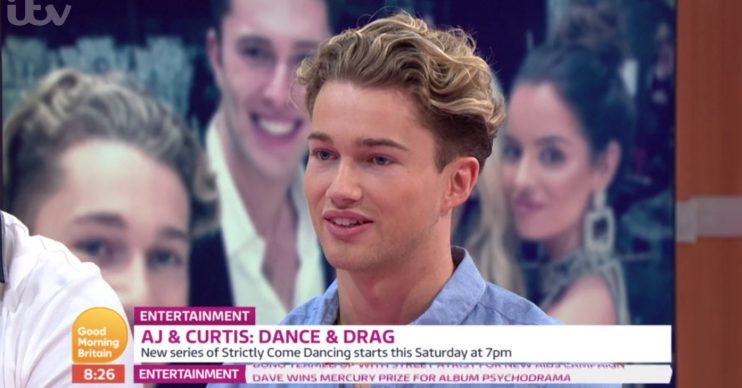 For the love of the dance

With the new series of Strictly is set to start properly tonight (21.09.10), the couples have been putting the finishing touches to their routines and limbering up for the big start.

But it’s not just the dancing that viewers will be talking about – it’s the so-called Strictly ‘curse’.

And one pro dancer has shared his thoughts on this infamous aspect of the show.

AJ Pritchard appeared on Friday’s Good Morning Britain (20.09.19) with brother Curtis and said that he’s not worried about it, even though he’s in a relationship.

“For me, the love for dance, I throw everything into that side of it,” he told hosts Ben Shephard and Kate Garroway.

“My girlfriend Abbie [Quinnen], she’s a dancer as well, she goes away and does her dancing. She understands the long hours and the hard work, and we always want the dance on Saturday, the Tango, to be the best that’s possible.”

“She’s not worried at all, no,” he continued.

She's got the dance she wanted in week one! This might be the smiliest Tango we've ever seen on #Strictly @SaffronBarker and @Aj11Ace 😊 pic.twitter.com/TdedoIqAys

AJ, 23, has been partnered with YouTube star Saffron Barker for this year’s series.

And it seems Saffron and AJ have become fast friends.

He was partnered with the 19-year-old social media star during the Strictly 2019 launch show and they both appeared delighted with their pairing.

So much so, AJ shared a snap on Instagram which was taken backstage after the launch show.

It showed them posing alongside AJ’s brother Curtis and his Love Island co-star and girlfriend Maura Higgins.

But rather than ruining a relationship – like Seann Walsh – or falling deeply in love with his celebrity partner Lauren Steadman, the dance pro says he has his own version of a Strictly curse – falling at the semi-final hurdle for the last three years.