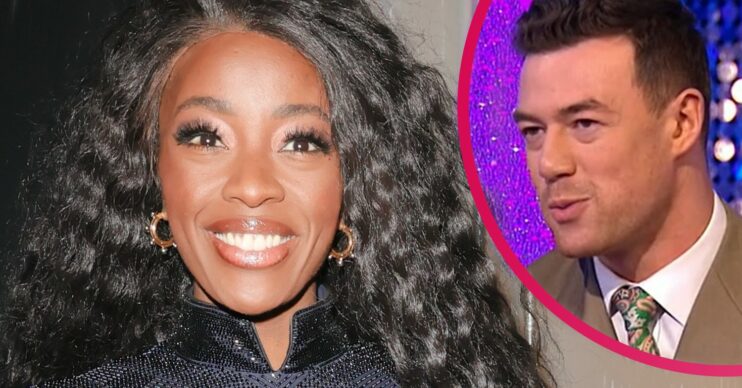 The star captioned the picture: “One word: RUMBA!”

This is one of the routines the couple are preparing ahead of Saturday’s semi-final (December 11).

Her fans were quick to comment on how amazing AJ looked, especially her toned arms.

One person said: “Can we just take a moment to appreciate those incredible arms! That takes some work!”

Another gushed: “AJ it’s your muscles for me.”

A third commented: “Actually make that two because your [muscles] are UNREAL.”

The post was also liked by their Strictly pal and It Takes Two host Janette Manrara.

AJ and Kai, 26, have been plagued by romance rumours since the pair started dancing together in September. They have refused to deny them on several occasions.

Meanwhile on Tuesday’s episode (December 7) of Strictly: It Takes Two, AJ, 33, fuelled the rumours further when she told him “he looks so good”.

AJ made the remark during a game of It Takes Who?

The couple were given paddles of each other’s faces and had to answer the questions about each other.

This weekend will see AJ and Kai compete in the Strictly semi-final.