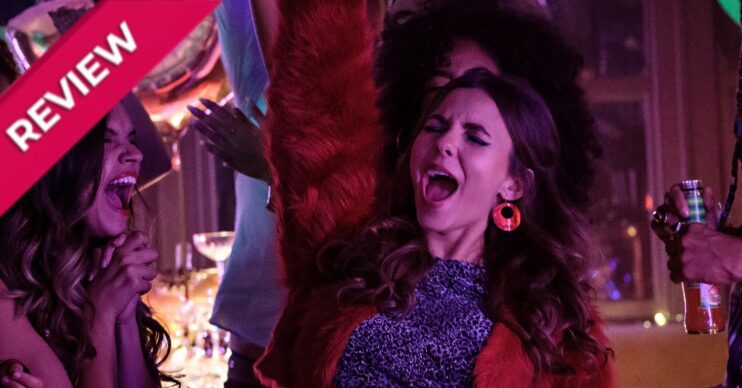 Afterlife Of The Party review: Is Victoria Justice comedy-drama better than a night out?

Can you get a second chance at life after death?

Afterlife Of The Party brings some joie de vivre to purgatory for a sweet and tender tale of life lost too young.

Victoria Justice stars as Cassie, a party girl who doesn’t know when to call it a night. Eventually, it catches up with her – and after a row with her best friend, she bashes her head and dies.

But it turns out that she has some unfinished business. Alongside guardian angel named Val, she’s gets five days to make amends with her mother, father, and bestie before clocking off Earth for good.

If you watch the trailer, you’d be forgiven for thinking this was a laugh riot comedy about a woman learning how to be an angel. In fact, there’s a far darker edge than the tease gave it credit for.

Much like most comedies of this ilk, there are certain plot points that make absolutely no sense. Particularly with Lisa and her crush of a neighbour, who Cassie tries to bring together.

Her way of doing that? Making it look like someone had broken into his house to decorate the flat with a pop star’s merch…?

If we were him, we’d be running for cover and assuming it was the girl with the popstar’s face on her t-shirt right outside. Not divine intervention.

But there are other moments that provide some surprisingly sweet moments. Actually, it turns out to be a bit of an emotional rollercoaster.

While Cassie’s relationship with Lisa does draw the comedy value out, Cassie’s parents grieving the loss of their young daughter is far harder to stomach.

Adam Garcia stars as her father, whose yoga-loving, wholesome life is turned into drinking on the sofa while struggling to live life without her.

Her mother, who left when she was young, is left wracked with guilt about not being their for her daughter.

It brings some unexpected heart to the proceedings. Maybe not a party, but for sure some heart.

Is Afterlife Of The Party worth the watch?

Afterlife Of The Party lures you in with a promise of a fun and light-hearted comedy – but we promise you it’s not.

By the end, we dare you not to shed a tear or two at a life lost too soon.

However, the film runs a little long so it drags to get to the finish line.

There are also some leaps of faith in terms of plot devices, which we couldn’t always forgive.

Ultimately, it’s a cute enough watch. Just not the party we expected it to be.

Afterlife Of The Party is available now on Netflix.