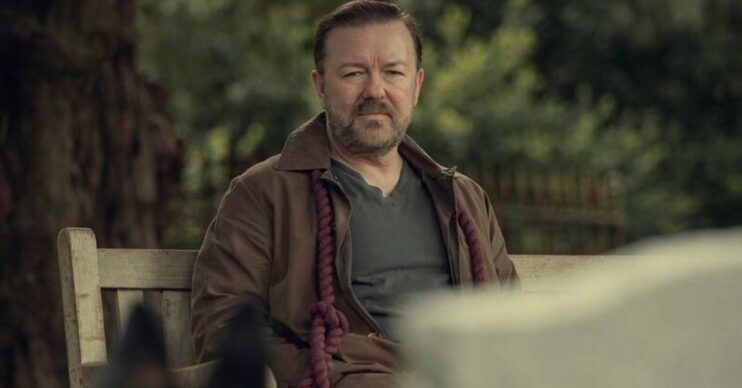 After Life season 3 soundtrack: Every track including ‘that Love Actually song’ by Joni Mitchell

After Life season 3 is currently being watched by the world and his dog on Netflix.

The bittersweet comedy-drama from Ricky Gervais has returned for its final run on the streaming service.

The Office star Ricky, 60, stars in the series as Tony Johnson – a journalist at a local newspaper.

His world is shattered when his wife Lisa (Kerry Godliman) dies from cancer.

There’s plenty that viewers love about the show, including the soundtrack, which helps accompany some of its most touching moments.

We’ve compiled a list of every song featured on the soundtrack of After Life season 3 so you can check them out on Spotify.

Radiohead – ‘Let Down’
Toploader – ‘Dancing in the Moonlight’

Cat Stevens – ‘The Wind’
Todd Rundgren – ‘Can We Still Be Friends?’

Beneath the Felt – ‘Hammer and Felt’

Meanwhile, After Life is a massive hit for Netflix and its star, Ricky.

However, the third season has left some critics disappointed.

The Telegraph said it had the “emotional depth of a post-it note”.

Read more: After Life 3: Ricky Gervais has written the worst thing ever to be shown on television

Elsewhere, Radio Times praised the show for its depiction of grief, but not the story development.

“Even with the shift in Tony’s worldview that occurs in the finale, that acute sadness and gargantuan sense of loss remains ever-present, and further emphasises why TV shows about grief are few and far between,” said the publication.

Series 3 of Afterlife is available to watch on Netflix now