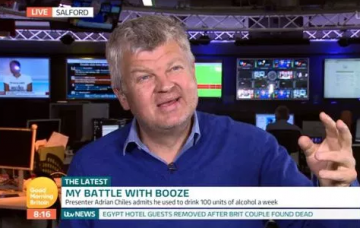 He was consuming 100 units a week

Adrian Chiles has said he was “too good” at drinking to notice he had a problem.

The BBC 5 Live presenter has spoken about his alcohol consumption after a doctor warned him he could not continue drinking at his rate of 100 units a week.

Chiles, 51, has said that not getting hangovers and not getting into fights made him feel that he was not a problem drinker.

But, speaking on Good Morning Britain, the Birmingham-born broadcaster said that a day without a drink would “not feel like a proper day”.

Adrian was talking ahead of an upcoming BBC documentary, Drinkers Like Me.

He admitted to having a tiny ‘niggle’ about his alcohol consumption before embarking on the project. 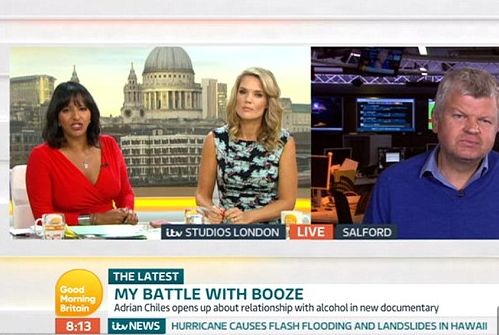 “I kind of knew, it niggled away at me, that a day without drink didn’t really feel like a proper day,” he told presenters Ranvir Singh and Charlotte Hawkins.

“Why did I need those one or two pints early evening, why, if I had a party tonight with a hundred of my best friends, why would I be looking forward to it less if I couldn’t drink?

During filming he was told by a doctor that he could not continue his level of drinking. 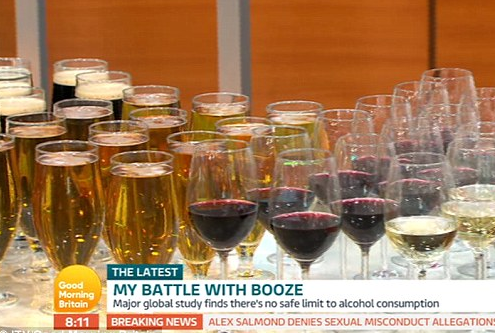 He said: “I was kind of too good at it. I don’t get hangovers, I don’t fight, I don’t wake up with strangers.

“I don’t drink during the day, I don’t drink alone. I thought ‘I’m fine’, but I was a heavy drinker without realising it.

“The problem was I didn’t have a problem.”

West Bromwich Albion fan Chiles added that realising what he was consuming for the BBC show made him want to cut down. 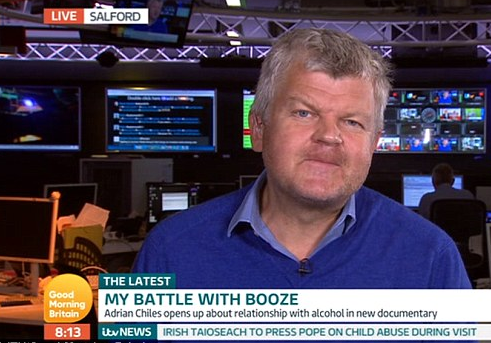 He said: “I’ve been drinking since I was 15. It’s always been a massive part of my life.

“I want to shrink it down to the ones I really want.”

Drinkers Like Me is due to air on BBC Two on August 27.

Do you worry about the amount you drink? Leave us a comment on our Facebook page @EntertainmentDailyFix.