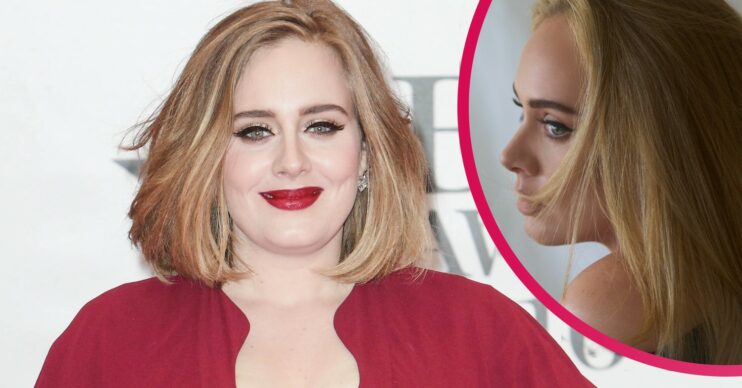 Adele weight loss: How much has she lost, and how did the singer do it?

Adele is delighting her fans once again tonight with BBC2 special Adele: The BBC sessions.

The one-off takes a trip back into the BBC’s archives to look again at how it all started for the music megastar.

These performances include her first TV appearance on Later… with Jools Holland, in 2007, on which she sang Daydreamer.

Viewers will not fail to notice how her appearance has changed over the years – indeed earlier this year, she opened up on her weight loss.

performs in front of a very famous audience this Saturday night, and it’s hard not to notice how amazing she looks these days as a result of her weight loss.

How much weight has she lost? How did she lose it, and why? Here’s everything  she has said about it…

How much weight has Adele lost?

Adele has lost 100lb or 45 kilograms in two years.

However, she admits she still has hang-ups about her body.

The Easy on Me singer reveals it cured her chronic back pain, but admits there are still features on her body that she doesn’t like.

In an interview with The Face magazine, she said: “I don’t know if I feel different.

“I still have things about my body that I don’t like.”

She added: “They’re not insecurities. But on the cover of Vogue, they were all trying to put me in sleeveless dresses.

She also revealed she can “run around with my kid a little bit more” now.

How did Adele lost her weight?

Adele lost the weight after adopting an exercise regime.

Detailing her transition into becoming an “athlete” in the gym, she told The Face that lifting weights became a “metaphor for surviving”.

When her weight loss started to become apparent, rumours began to whirl of extreme diets.

However, her personal trainer Pete Geracimo took to Instagram to dispel the untruths.

He revealed that Adele’s weight loss wasn’t the reason she started her fitness journey, but rather to get back into exercise after giving birth, improve her overall health and boost her immune system.

He said in his post: “When Adele and I started our journey together, it was never about getting super skinny.

“When [the album] 25 dropped and the tour announced, we had to get ready for a 13-month gruelling schedule.

“In that time, she warmed to training and made better food choices.

“As a result, she lost considerable weight and people took notice.”

Speaking to Vogue, the singer described her lockdown workout routine.

She said: “So I do my weights in the morning, then I normally hike or I box in the afternoon.

“Then I go and do my cardio at night.”

Adele also insists she eats MORE than before because she works out so hard.

She did, however, quit having sugary teas.

What has Adele said about losing weight?

During an interview with Oprah Winfrey, Adele hit back at those who have criticised her weight loss.

When the chat show host recalled how some people felt “upset” and “abandoned” when she first lost weight, Adele could relate.

Suggesting she’d heard similar comments, Adele replied: “I’m not shocked or even fazed by it because my body has been objectified my entire career.

“I’m either too big or too small; I’m either hot or I’m not.

“But it’s not my job to validate how people feel about their bodies.

“I feel bad that it’s made anyone feel horrible about themselves – but that’s not my job.

“I’m trying to sort my own life out. I can’t add another worry. ”

Why did Adele lose weight?

During the televised interview with Oprah, Adele revealed that “terrifying anxiety attacks” after her marriage break up prompted her to change her ways.

The singer said the weight loss and body transformation was “mainly” about controlling her anxiety.

She said: “I had the most terrifying anxiety attacks after I left my marriage.

“They paralysed me completely, and made me so confused because I wouldn’t be able to have any control over my body.”

After noticing that her anxiety eased at the gym, she began to go every day.

“That really contributed towards me getting my mind right,” she added.

Adele divorced husband Simon Konecki in 2018, with whom she shares her nine-year-old son Angelo.

An Audience with Adele

Adele performs a one-off concert at the London Palladium.

The singer sings hits from her new album 30, as well as classics from her back catalogue.

The specially invited audience includes friends, family and fans – as well as her own personal heroes.

The audience gets the chance to ask Adele questions about her career.

Adele: The BBC sessions airs on Boxing Day at 10pm on BBC2.