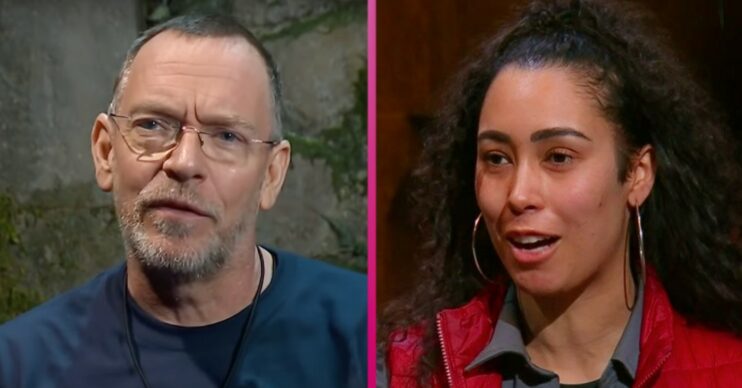 I’m A Celebrity star Adam Woodyatt ‘risked getting in trouble’ for breaking the rules, it has been revealed.

Adam’s fellow campmate on I’m A Celebrity, Snoochie Shy, spoke about how he had broken the rules to get her some conditioner.

What did Snoochie say about her friendship with Adam?

BBC Radio 1Xtra DJ Snoochie and Adam formed a close bond during their time on I’m A Celebrity. So much so that Adam risked getting in trouble with producers for the 29-year-old.

Snoochie, who was the third celebrity to be evicted from Gwyrch Castle, spoke to RadioTimes.com about Adam’s sneaky exploits on the hit ITV show. She also discussed her friendship with the soap star.

“One of my best mates in there was Adam,” Snoochie said. She told the website that once they left the show, she was going to take the EastEnders star to a rap show. She also said that Adam was planning on taking her to a musical.

How did Adam break the rules on I’m A Celebrity?

Snoochie then revealed that the Ian Beale actor had broken the rules after a trial one day. She divulged that the 53-year-old actor had taken some conditioner from the bathrooms.

“After a trial, if you got really wet, you’re allowed to have a proper shower and you’re not allowed to take any of the stuff out of those showers into the castle,” she explained.

The DJ then confessed that Adam had taken some “shea butter conditioner” from the bathroom for her to use on her hair.

“Adam took it and gave it to me. I think he may have got in trouble for that as well,” she said.

Adam finished the competition in 6th place. He left the show alongside Olympic diver Matty Lee on Friday (December 10) in a horror double eviction.

What did Adam say about his time on I’m A Celebrity?

After his eviction, Adam said he’d had a “fantastic time” on I’m A Celebrity.

“I’ve had so much fun, I’ve had such a laugh,” he said. “Even when you sent me back down to The Clink I had a lovely evening with Arlene [Phillips].”

“I can’t believe it,” Danny said of the result. “I am speechless for once. Thank you so much, this is the best thing that’s ever happened to me bar my son.”

What do you think of Adam’s rule-breaking? Head to our Facebook page @EntertainmentDailyFix and let us know!