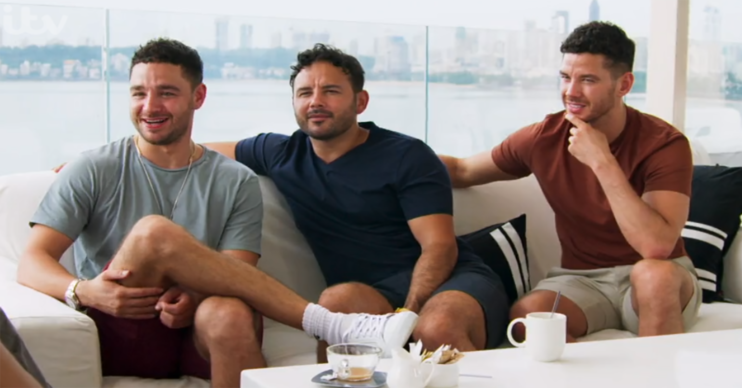 Absolutely India: Mancs In Mumbai was a hit with viewers

Ryan, Adam and Scott Thomas have reportedly landed a second series of their ITV travel show.

The first series, Absolutely India: Mancs In Mumbai, saw the brothers discover their family roots in India with their dad Dougie.

However, the series ended earlier this month and fans were left begging for another.

Read more: Will there be a second series with the Thomas family after Mancs In Mumbai?

According to The Sun, ITV bosses were so impressed with their efforts in series one that they are giving them another one.

Where would they travel to?

This time, Ryan, Adam and Scott will reportedly be heading to South America  and the Caribbean.

A source told the publication: “ITV were delighted with the success of the first series so are now planning another once lockdown is eased.

“The idea is to send the lads around South America, taking in the Caribbean, after it was revealed in the first part that they have family ties there.”

The insider added: “ITV think the lads could be the new Judith Chalmers because audiences have fallen in love with their cheeky banter, natural style and infectious personalities.”

The source said if a second series goes as well as the first, the Thomas brothers could “be locked into a multi-series deal”.

ITV were delighted with the success of the first series so are now planning another once lockdown is eased.

The first six-part series saw them travel to India, where they met many long-lost relatives.

In episode five of the series Ryan and his dad went off to discover more about their family roots and found out Dougie’s grandmother was Caribbean.

The pair met Dougie’s cousin Glen, who had flown in from Dubai.

Glen revealed a gravestone which had the name of Dougie’s Grandma Rose on it.

Glen said: “Rose was West Indian. She had Caribbean blood.”

Viewers then predicted a second series will see the boys visit the Caribbean.

After that, another wrote: “Next series Mancs in Jamaica lads?”

In addition, a third added: “So, I guess this is setting us up for #MancsInJamaica, I’m game, anyone else?!”

Do you want another series? Leave us a comment on our Facebook page @EntertainmentDailyFix and let us know.