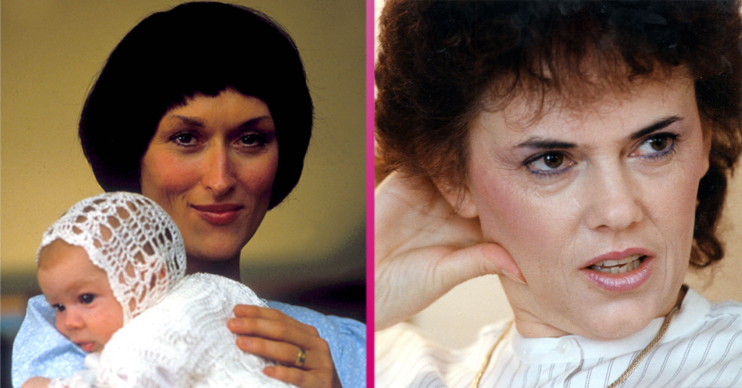 Accused: Trial in the Outback – Where is Lindy Chamberlain now? Was the baby ever found?

No one believed a dingo had taken her baby Azaria

Accused: Trial in the Outback explores the famous 1980 trial of the mother who claimed a dingo had attacked her baby – but where is Lindy Chamberlain now?

And was the body of her nine-week-old newborn ever found?

Who is Lindy Chamberlain?

Lindy shouted the now famous words “a dingo’s got my baby” during a camping trip to Uluru with her husband Michael and their other children.

She claimed a wild dog had attacked her baby, but the authorities did not believe her and accused her of murder.

Her eventual trial was heard around the world, and is now the focus of Accused: Trial in the Outback on C5.

Accused: Trial in the Outback on C5 – what’s it about?

He played Michael in the 1988 film of the same case A Cry in the Dark.

The documentary shows how the tragic events turned into a horror show for Lindy.

She was sentenced to life imprisonment with hard labour and no parole.

Lindy was 32 and pregnant at the time.

Viewers also meet Lindy now, 40 years later, as she reflects on her life.

The programme features contributions from the Chamberlain family and their personal archives, as well as interviews with eyewitnesses, family friends, high court judges, forensic experts and lawyers.

Did a dingo kill the baby?

To this day, Lindy maintains that she saw a dingo leave the tent where Azaria was sleeping.

Thirty-two years after Azaria disappeared, a fourth inquest into her death confirmed she’d died as a result of a dingo.

The ruling signalled the end of three decades of struggle for the Chamberlain family.

The coroner, Elizabeth Morris, said in 2012: “Please accept my sincere sympathies on the death of your special daughter. I am so sorry. Time does not remove the pain and sadness of the death of a child.”

She said of Azaria: “The cause of her death was the result of being taken by a dingo.”

Is it common for dingoes to kill babies?

It’s not a regular occurrence, but there have been other incidents.

In 1998 a dingo dragged 13-month-old Casey Rowles out of her family’s tent, but her father managed to rescue her from the dog.

In 2001, two dingoes mauled and killed a nine-year-old off the coast of Queensland.

Was the body of Azaria ever found?

Tragically, the body of Azaria was never recovered.

However, the jumpsuit Azaria had been wearing was found a week after her disappearance about 4km from the tent.

It was bloodstained around the neck, indicating the probable death of the missing child.

Did Lindy Chamberlain get compensation?

Lindy was pardoned in 1987 and her convictions quashed a year later.

In 1992, the Australian government paid Lindy Chamberlain $1.3 million in compensation for her wrongful imprisonment.

She spent three years in jail in total.

Did Lindy have other children?

Her second daughter and fourth child, Kahlia, was born in November 1982.

Where is Lindy Chamberlain now?

Lindy published her autobiography Through My Eyes in 1990.

The pair currently live in Australia.

Lindy appears in the C5 documentary Accused: Trial in the Outback.

She reflects on the ‘mob attitude’ that led the public to believe she was capable of murdering her own child.

Is there a film based on the true story?

The film A Cry in the Dark is based on the famous case of the Australian wild dog, or dingo.

Meryl Streep starred as Lindy, opposite Sam Neill as Michael.

The 1988 film saw Meryl Streep nominated for a Best Actress Oscar for her performance.

How can I watch A Cry in the Dark?

At present, A Cry in the Dark – also known as Evil Angels – is not available to watch on Amazon Prime or Netflix.

However the DVD is available to buy from select retailers.

Accused: Trial in the Outback airs on Tuesday December 8 2020 at 9pm on C5, and concludes the next day.