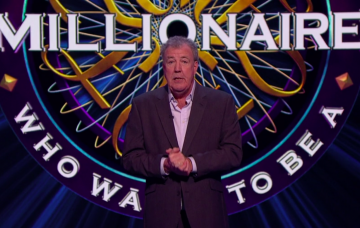 A retired doctor makes it to the £1 million question on Who Wants to Be a Millionaire?

Andrew Townsley, 53 – who has multiple sclerosis and uses a wheelchair – makes it through to the all-important final question on the upcoming episode after sailing through the early rounds.

Who Was The Goalkeeper When Maradona Scored ‘The Hand Of God’ | Who Wants To Be A Millionaire Of course it was Argentina against England… . . . #WhoWantsToBeAMillionaire #JeremyClarkson #Maradona #HandOfGod #WorldCup #Football #ITV #Quiz #WWTBAM

Read More:The One Show viewers demand to know why Prince Harry is still on TV as duke makes surprise appearance

Prior to posing the final question, host Jeremy Clarkson tells him: “This is it, the £1 million question. You’d be the sixth person ever to do it in all the years this show has been on.

“There can’t be that many, I don’t know how many, who even got to half a million.”

One of those precious moments, not just in the show’s history but I’d say if you look across all of television.

But Andrew – who was on the cusp of becoming the first to scoop the top prize in 14 years – calmly replies: “This is what we are here for.”

Earlier this month, Jeremy teased the new series of Who Wants to Be a Millionaire?, revealing it features a moment no viewer will want to miss.

He shared: “I wouldn’t want to do a spoiler, but there is one of those precious moments, not just in the show’s history but I’d say if you look across all of television.

“There are occasionally moments that you go, ‘Christ, I remember that’. And there is one coming up in this series – a truly brilliant, brilliant bit of television.”

The outspoken star even admitted to “welling up” during the show.

Jeremy – who first presented ‘Who Wants to Be a Millionaire?’ in 2018 – said: “I mean, I was just bowled over. The old tear ducts were welling up.

“I won’t say any more than that but it is very good television.”

ITV Quiz Who Wants To Be A Millionaire?