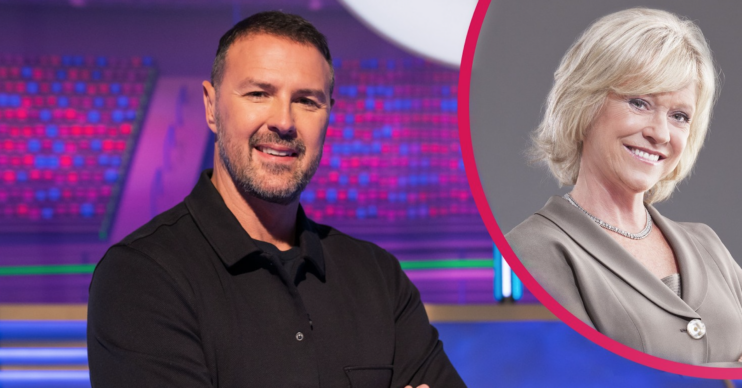 Viewers are struggling to adjust to the new look show

A Question Of Sport’s new line-up has divided viewers with some fans begging for the return of Sue Barker.

Paddy McGuinness is taking over from the iconic tennis star after 24 years, making his debut on Friday.

As a result, Sam Quek and Ugo Monye are the new regular faces.

With the new cast complete, Friday’s episode saw the team in action for the first time.

But viewers don’t seem too keen to embrace the change, sharing their frustrations on Twitter.

Read More: A Question of Sport: Paddy McGuinness on the gracious advice Sue Barker gave him before new job

“Question of sport the new edition…Not even into round two yet and already I DISLIKE IT,” says one disgruntled fan.

“Nothing against Paddy… or the Four women from the Six players but it just doesn’t seem right to me. Bring back Sue and the guys.”

“i see replacing Sue Barker for Paddy McGuinness and changing the theme tune on #AQuestionOfSport is going down well,” adds another. “If it aint broke, fix it and make it 1000x worse”

However some were urging others to give the change a chance, with one arguing: “I’m not sure Paddy is the right host, but it’s a bit sad seeing some people crying because the last host & team captains can’t go on forever. The show was on for at least 30 years before they joined.”

“As its the first show and it’s a new presenter and team captains I’ll give it the benefit of the doubt,” says a second. “Sue, Phil and Matt set the bar high. It’s going to be tough for them to reach the same heights. Give them a chance.”

Why did Sue Barker leave A Question of Sport?

David Vine was the first host at the show’s launch in 1970.

In September 2020, Sue announced her departure, and said: “I’ve absolutely loved my 24 years fronting A Question of Sport, it’s been my dream job.

Read More: Paddy McGuinness and wife Christine celebrate a decade of marriage together

“We would like to thank Sue for her enormous contribution as the show’s longest-reigning host over the last 23 years, and Matt and Phil for their excellent team captaincy over 16 and 12 years respectively,” BBC’s statement read.

“Together they have ensured A Question Of Sport remains a firm favourite with the BBC One audience.”

A Question of Sport returns next Friday at 7.35pm on BBC One.

A Question Of Sport Paddy McGuinness