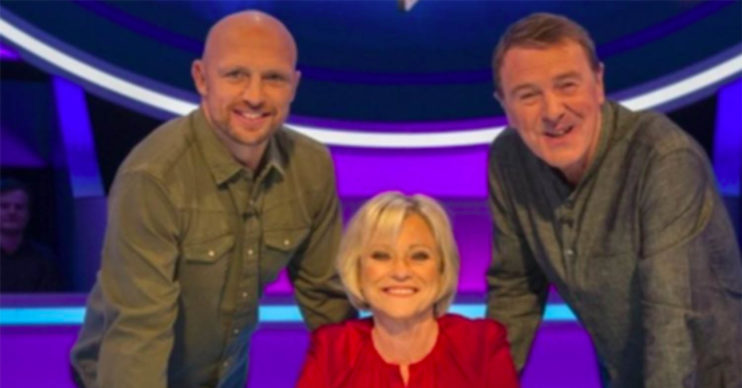 A Question of Sport: Sue Barker is let go and BBC is accused of ageism

The BBC has axed the popular three presenters in a surprise move.

A Question of Sport has axed its presenter and team captains – Sue Barker, 64, Matt Dawson, 47 and Phil Tufnell, 54.

The stars are said to be ‘blind-sided’ by the BBC‘s shock decision.

Their final series featuring the trio will broadcast next year.

Sue has fronted the show since 1997 and has previously said it is ‘part of my life’.

Matt has led his team on the show for 16 years and tweeted his shock over the Beeb’s decision.

Sue, Phil and Matt’s reactions to Question of Sport axe

Matt shared: “Thanks for all the lovely messages. I’m not sure how to respond so I’ll have a think. Needless to say I will miss @QuestionofSport immensely….”

Phil led his team on the show for 13 years, and shared on Twitter: “13 yrs @QuestionofSport has been a great part of life .. going to miss it hugely .. thanks so much for all the lovely messages!!”

A BBC insider told The Daily Star that this is part of a major ‘shake-up’ at the BBC.

The source said: “The show has been on for a long time and the producers think it’s time to give it a new look.

“Sue, Matt and Tuffers have been so popular, so the producers are aware they will have big shoes to fill.

“With the 50th anniversary this year they thought it would be a good time to revamp things.”

A BBC spokesperson said: “We would like to thank Sue for her enormous contribution as the show’s longest-reigning host over the last 23 years, and Matt and Phil for their excellent team captaincy over 16 and 12 years respectively.

“Together they have ensured A Question of Sport remains a firm favourite with the BBC One audience.

“Sue, Matt and Phil’s final series will be broadcast next year before the series returns with a new team.”

The axing has caused some viewers to hit out on social media.

Some have accused the BBC of being ageist, while others think it is a diversity move.

On Good Morning Britain, Piers Morgan and Susanna Reid discussed whether it was an ageist move with Jennie Bond.

Jennie said: “Sue will be hurting this morning. You can’t do anything about your age and there is a pressure on television, particularly for women, to look younger.”