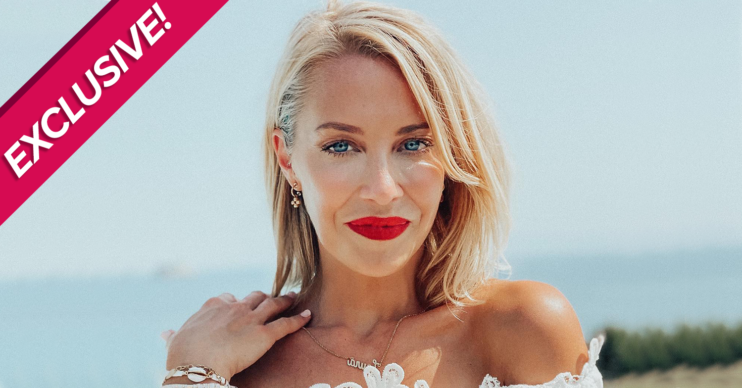 Rumours could have been 'very detrimental' to her career

A Place In The Sun presenter Laura Hamilton has hit back at reports that she wants to leave the show.

Last week, a report suggested that Laura wanted to leave the hit Channel 4 show to front her own travel series.

It came as she joked about doing a fun Priscilla Queen Of The Desert-style travel show on her Birds With Baggage IGTV live stream.

However, speaking exclusively to Entertainment Daily, Laura has furiously denied that she intends to leave A Place In The Sun.

And she said the reports left her “upset”.

What did Laura say about A Place In The Sun?

Asked about the truth behind the rumours, Laura told ED!: “There is no rumour. I didn’t even say I was looking to leave.

“In fact I had a conversation with my boss because it really upset me and I never ever said I was looking to leave. Why would I?”

She added: “It’s just terrible. Because I’d said I work on other TV projects and I’d love to do other travel things, that doesn’t mean you’re going to leave a project that you’re already working on.

Read more: Lee Juggurnauth joins A Place In The Sun as new presenter

“It’s just terrible how people twist things that are said. It’s not fair. People do need to be careful about the things they write.”

It could have actually been very detrimental to my career and I think that’s really unfair. I’m not going anywhere.

She added that she was worried the rumours could have been “very detrimental” to her career.

“It could have actually been very detrimental to my career and I think that’s really unfair,” she said before confirming: “I’m not going anywhere.”

Except she is… to Spain to continue the filming of the new series of the hit Channel 4 travel show!

“We are back out on the road in a couple of weeks time. I’ll be going to Spain,” she said.

“We’ll be trying to film as much as we can while we’re able to – you just never know if things are going to change again.”

Changes to the new series of A Place In The Sun

The show returns with a new series on April 26, and Laura said she’s “really excited” about the return.

“It’s just increased in its popularity in the last year as it’s been the only piece of escapism people have been able to have,” she explained.

“Some of these episodes were filmed last summer and there will be others filmed at the start of the year. It’s really interesting as you can see the ones that have been done during COVID.

“You can’t hug, you’re socially distant. But that’s all that you’ll notice because everything else is cleverly done in the edit,” she said.

So would Laura ever consider fronting her own TV travel show?

“Look, I’ve always come up with different ideas and TV formats and shows that I might not necessarily present – they’re shows that other people might present.

“I still do other things, so there are other shows and bits and pieces that I do as I continue to do it. So of course I’m always open to other opportunities as well as ideas. But I’m not going anywhere.”

‘You can’t compare it to the Dubai influencers’

Asked if she’s worried about the inevitable comments about her living it up overseas while the rest of the country isn’t allowed on holiday, Laura – who is married to Alex Goward and mum to Rocco, seven, and Tahlia, five – revealed she isn’t ever subject to negativity on social media.

“It’s not a holiday,” she said. “You’re helping people find a home which, as of today, is legal to travel abroad for.

“If you’re travelling abroad to look for a holiday home or you own a property abroad and you can prove you’ve got to get out to maintain it, then it is legal,” she said.

“The show is very sensitive, even with us, we’re mindful of what we post on social media because we don’t want it to be rubbed in people’s faces like look we’re abroad and you’re not.

“But we’re also aware that the show has brought so much joy to people’s lives and we’re putting ourselves at risk by doing what we’re doing to bring a bit of pleasure and joy into people’s homes.”

Away from our screens, Laura is gearing up to celebrate her 40th birthday next year.

But she isn’t worried about ageing.

“I’m not really like, wow 40, I just want to plan a nice holiday, that’s probably what I’ll do, use it as an excuse to book a holiday.

“I’m not really bothered about age as a number. I just think I still feel young. Besides, 40 is still young anyway, right?”

Laura returns to front A Place In The Sun on Monday April 26 on Channel 4.

A Place In The Sun Channel 4 Exclusives Laura Hamilton