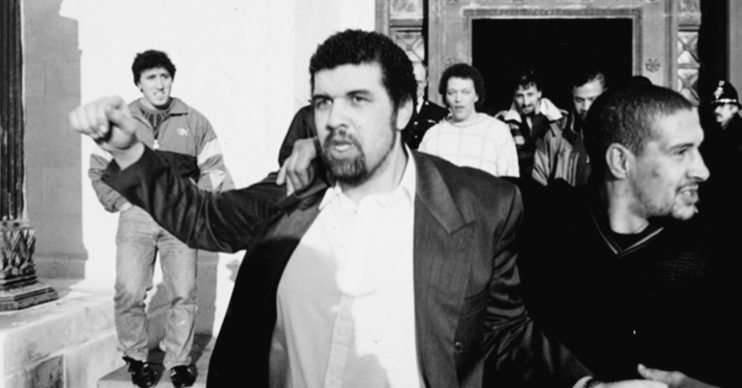 A Killing in Tiger Bay will examine the murder of Lynette White, and how three innocent men were wrongfully convicted of the crime.

The new true crime series will tell the shocking story of the ‘Cardiff Five’, one of Britain’s most notorious miscarriages of justice.

Here’s everything we know about the upcoming documentary series on BBC Two.

What is A Killing in Tiger Bay about?

A Killing in Tiger Bay examines the wrongful arrest and trial of the so-called ‘Cardiff Five’.

The case eventually led to the UK’s biggest ever police corruption case.

Following the murder of Lynette White, the police had one suspect – a white male seen with blood on his hands near the scene.

However, after nearly a year focusing on the white male, the police suddenly charged five black men with the crime.

The eventual wrongful conviction of three innocent Welsh men sparked a freedom campaign that went around the world.

A Killing in Tiger Bay also examines how the real killer was caught after a DNA breakthrough.

The bitter fight for justice and accountability has now lasted three decades and ruined countless lives.

Who were the ‘Cardiff Five’?

She was just 20 years old when she was stabbed at least 50 times.

Eyewitnesses placed a white man covered in blood at the crime scene.

How many parts is it?

A Killing in Tiger Bay is a three-part series.

A Killing in Tiger Bay will broadcast in Spring 2021.

Nick Andrews, BBC Cymru Wales Head of Commissioning, said: “This is a hugely significant story not just for Wales but for the UK as a whole.

“In three decades, the events and aftermath of that appalling night have never been properly told or explored in full and this series represents a huge opportunity to finally do just that.

“It’s a testament to the team behind it that so many of those involved in this incredible and shocking story have trusted us to tell it in this way.”

What happened to the ‘Cardiff Five’?

Tony Paris, Yusef Abdullahi and Stephen Miller – who had the mental age of a child – were each sentenced to life imprisonment.

They eventually became known as the ‘Cardiff Three’.

Cousins Ronnie Actie and John Actie were acquitted of the murder after spending two years in custody.

Ronnie was found dead in his back garden in September 2007. Police said there were no suspicious circumstances.

After an appeal, it was shown that Stephen Miller had been bullied into a confession.

In September 2000, the case was reopened and detectives discovered fresh forensic evidence.

In February 2003, Jeffrey Gafoor was arrested for the offence and was prosecuted in July 2003.

He was given a life sentence in 2003 and ordered to serve a minimum of 13 years in jail.

In September 2020, a recommendation to move him to an open prison was approved.

On 13 April 2005, five retired police officers were arrested in connection with offences of false imprisonment, conspiring to pervert the course of justice and misconduct in public office.

Four more retired police officers were arrested in connection with their roles in the original murder investigation in April 2005.

As the investigation continued, over 30 arrests were made by November 2005, 19 of whom were serving or retired police officers, including one Inspector.

A Killing in Tiger Bay will air on BBC Two in the spring of 2021.