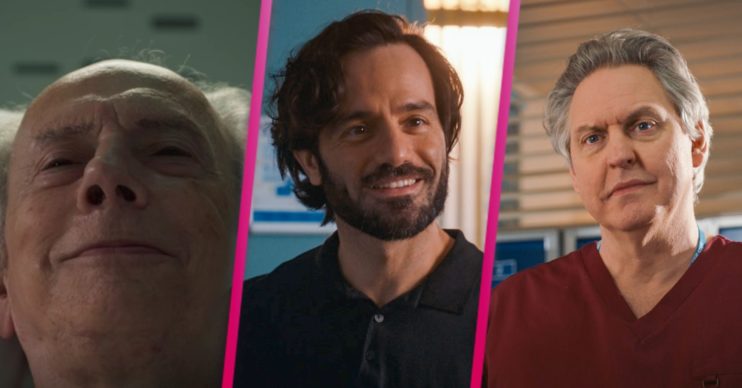 There's plenty to come in spring 2021

2021 has already been a big year for Holby City, but it looks like there will be plenty more to come this spring.

This year Sahira Shah returned to Holby City and her father Reyhan was brought into hospital.

It was revealed that Reyhan, sexually abused Henrik when he was a child.

But the next few months will be life-changing for the Holby City characters.

After it was revealed Reyhan had sexually abused his own grandson Abs, Sahira’s son, Reyhan died.

In the trailer, Chloe has realised petechial haemorrhaging on Mr Shah suggests he has been murdered.

As we go through the trailer we see Abs, Henrik and Sahira all struggling to process the news.

But who has killed Reyhan?

It seems like Dom and Sacha’s friendship was getting back on track as Sacha agreed to do the stoma reversal operation.

However in the trailer it looks like things aren’t back on track at all.

Dom says to Sacha: “After everything, do you really think we’re back on track?”

Jeong also appears to be caught up in Dom’s plot – could he end up losing his job?

Max recently took the fall for Louis’s thieving. But there looks to be a new arrival and Max seems pleased to see him, who could it be?

Meanwhile Max was recently tod she has the BRCA1 mutation – a gene that increases her chance of getting breast and ovarian cancer.

It looks like it’s set to be a difficult journey for Max.

Donna has made her feelings about the nursing situation clear.

Fletch is working as Acting CEO of Holby and in the trailer he has a meeting with Donna.

But later on, Henrik can be seen telling Donna that she created a protest without going through the correct channels and must be dismissed effective immediately.

In the trailer Josh says: “What I saw in the basement last week, it wasn’t a one off, was it?”

But Henrik tells him “there’s a very fine line between a highly promising career and a complete dead end.

Henrik appears to be using his higher status to take advantage.

But what has Josh discovered and will Henrik end his career?

Ange and junior member of staff Josh have been secretly seeing each other.

But in the trailer Henrik says to Ange: “It has been alleged that you’re conducting a relationship with a junior member of staff. Is it true?”

Will Ange tell the truth?

Drug addict Kian has been letting Andrei stay with him and in the trailer things get worse when Lucky reminds him he can’t look after himself, let along Andrei.

We also hear Lucky say that if she called the police, all three of them would be questioned.

How bad will things get?

Kian rushes to attend two stab victims. One turns out to be Andrei and the other is Fletch’s daughter, Evie.

But what were they doing together, why was Evie hanging around with Andrei, a drug mule?

Later Fletch confronts Kian giving him some harsh words commenting on how he leaves “a trail of bodies” behind him following the death of his wife and Bea.

Fletch soon tells Kian that he’s a dead man if anything happens to Evie.

Holby City airs on Tuesdays on BBC One at 7.50pm.