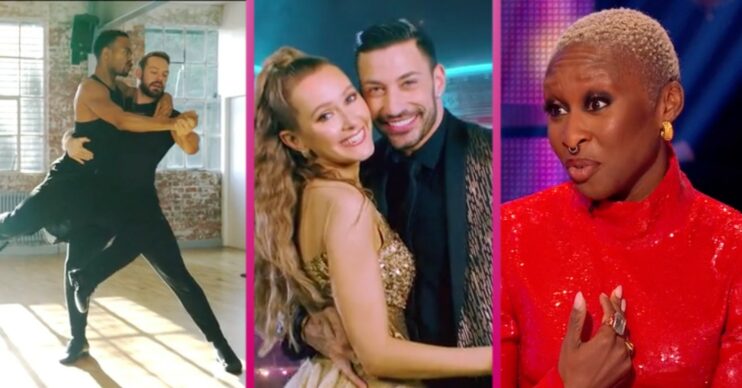 The best series ever?

The 2021 series of Strictly Come Dancing came to an end last night and Saturday evenings will take a while to recover – and so, until then, we’ll have to make do with this recap.

Critics have already insisted 2021 has seen some of the highest-quality dancing ever on the show.

Clearly, nearly all the partnerships developed into very special relationships, with evident chemistry and charisma.

But what have been your highlights from this series?

Here are five things we’ll miss among the many, many brilliant moments…

Seems obvious – but so have the finalists, for many weeks, really.

It get mentioned every year, but the standard really has been lifted in 2021.

And no more so in the last few weeks when AJ Odudu, Kai Widdrington, Johannes Radebe, John Whaite, Rose Ayling-Ellis and  Giovanni Pernice  have all been outstanding.

We still can’t get over what John has done to his shoulders since the Bake Off days, and how much we’ve fallen even further in love with Giovanni thanks to his adorable friendship with Rose.

It has been a thrilling race between them all, as well as a vice-tight competition.

She had her critics – particularly over her scoring – but Cynthia Erivo didn’t disappoint when she stepped in for judges Motsi Mabuse and Craig Revel Horwood.

Expectations might be for a substitute to try and make it about about themselves. To go big in the hope of making an impression on an audience when another appearance isn’t guaranteed.

But the Grammy Award winner – and Oscar and Emmy-nominated star – didn’t go over the top. Well, maybe that red outfit was a bit of a show-stealer.

She came in, did a job excellently, and made the most of her moments on TV without overshadowing anyone on the dance floor.

She even spoke to Rose using British Sign Language, a nice surprise touch that none of the regular judges have done.

Let’s think of it more of a “so long for now”, rather than a full-blown farewell. Although how she would fit in as a regular judge is a different matter.

Could this be Anton’s swansong as a judge? He has an incredibly passionate fanbase and has won over many viewers in the role.

However, as yet, his future on the panel – with Bruno Tonioli possibly returning – is not assured.

As always, not everyone has agreed with his scoring or his comments. Nonetheless Anton has been assured, offered unique insight and successfully transitioned away from the dance floor.

Surely he has to stay… or should there be five judges?

A real man isn’t afraid to cry. Even if his reputation is built on dishing out a verbal tenderising.

And especially when it is with joy at his daughter excelling.

It was lovely to see a softer side to the fiery chef, but we guess it’s back to ranting, raving and swearing for him in the New Year!

Lastly, we think the thing we’ll miss the most is the feel-good factor the show brings.

It’s always been on hand to warm up those miserable winter nights with its sequins and sparkle.

But this year, much like last, the British public have needed Strictly, the giant Glitter Ball of light in thee bleak pre-Chrismtas COVID times.

We’ve got the special on Christmas Day, which we’ll savour every single second of.

But until then we’ll be wishing away the seconds till the launch of Strictly Come Dancing 2021.

Farewell, series 19, you have been a blast.