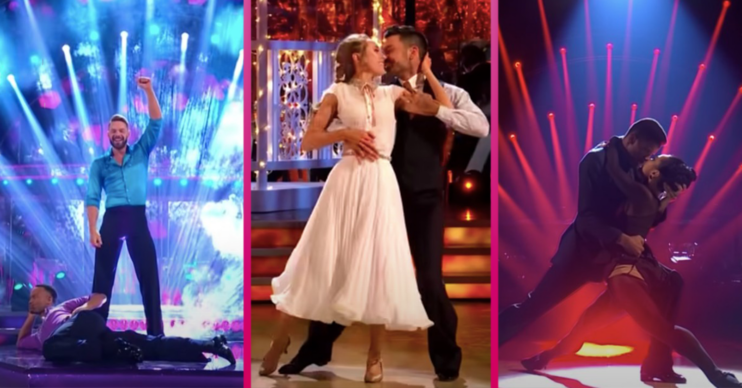 What do you think will happen?

Strictly Come Dancing is back tonight (December 11) for this year’s semi-final.

As we anxiously anticipate wha’ts to come, fans have gone to Twitter to share their predictions for the Strictly semi-finals.

Read on for the five month common themes circulating on social media.

After their sensational performance last week, Rose and Giovanni are the viewers’ favourites to win the Strictly Glitter Ball.

The dynamic pair have already made Strictly history this year by being the earliest to score a 40 on the show.

Now some fans believe that they will make history again, with Rose being the first deaf contestant to win the series.

Despite making the top of the leaderboard last weekend, viewers predict that Rhys Stephenson will be the one to go this weekend.

Rhys and Nancy blew away the judges with a remarkable Argentine Tango to In The Air Tonight by Phil Collins.

However, some fans are claiming that Rhys is too “clumsy” and doesn’t have what it takes to make it to the final.

Many viewers have a feeling that John and Rhys will face each other in the dance off during the semi-final.

John and Johannes left everyone speechless with their fabulous Salsa which ended with a challenging lift.

Read more: Dan Walker hits back after Piers Morgan takes a swipe at him after exit

However, in the last few seconds of the routine, John dropped Johannes awkwardly onto the dance floor.

After John’s “embarrassing” lift failure, some fans predict that John will join Rhys in the bottom two this weekend.

Fans were upset with Rose and Giovanni’s score last weekend and claimed they were “robbed” of a 40.

After Rose’s incredible “leap of faith” lift, everyone believed that she was well deserving of another perfect score.

However, Craig Revel Horwood refused to put up the number 10 panel, leaving the pair with a score of 39.

Even though she didn’t score a 40, fans think she still has a chance in the semi-final, where she will dance the Argentine Tango and a Waltz.

One fan tweeted: “I’m excited for your Argentine Tango next week. I’s going to be so beautiful and intimate. Best of luck next Saturday.”

5) Rose, AJ and John will make the top three

Viewers predict that Rose Ayling-Ellis, AJ Odudu and John Whaite will battle it out in the final.

Someone tweeted a poll to find out which of the semi-finalists is everyone’s favourite to win.

Last was Rhys Stephenson with only 3%.

Even Strictly judge Craig admitted in an interview that he predicts that Rose, AJ and John will make it to the Strictly final.

Strictly Come Dancing is on BBC One tonight (December 11) at 7.05pm.