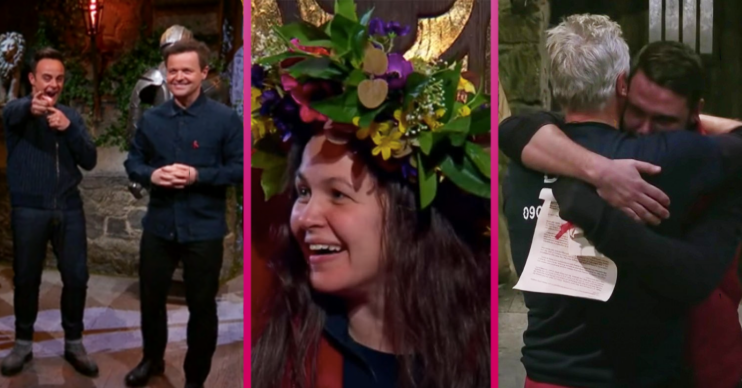 A King of the Castle and a new spin-off, you say…

I’m A Celebrity 2021 comes to an end tonight (December 12) and, ahead of the castle crown being handed over, viewers have taken to Twitter.

They’ve pointed out a number of things they’re certain will happen during the show’s live final.

We’ve rounded them up here, so read on and see if you agree with the masses.

1) I’m A Celebrity 2021 finale: Ant and Dec will make another quip at Boris Johnson

Without a shadow of a doubt, hosts Ant McPartlin and Declan Donnelly will make a gentle dig at the Prime Minister in tonight’s show, viewers predict.

The pair have been pretty cheeky with their jibes this year.

“Evening Prime Minister,” Dec has quipped as Ant made a joke at Boris Johnson’s expense.

So will we see the best quip of 2021 in tonight’s I’m A Celebrity finale? Fans of the show most definitely seem to think so!

Many I’m A Celebrity fans are predicting that Coronation Street legend Simon Gregson will become King of the Castle.

Simon has won over viewers with his humour in the castle and many think he’s going to go all the way.

One person said: “Simon seems the most genuine and never played up for airtime. Simon for the win.”

Another wrote: “David and his ego have gone, Simon Gregson to win.”

3) Danny and David to do a Gordon, Fred and Gino

Their bromance has stolen the show this year, and now fans are predicting that, after the final airs tonight, ITV will snap David Ginola and Danny Miller up for a Road Trip-style show.

David was voted out last night, but fans are still hoping to see more of him and Danny.

The boys have developed quite the bond over the past few weeks, so could ITV snap them up for a similar show to Fred, Gino and Gordon?

Fans seem to think so!

“Their bromance is too cute, I predict a motor home & a road trip ahead next year on ITV,” said one fan of the pair.

4) The crowning will be pretty underwhelming

With COVID restrictions stickling around, it’s unlikely the winning star will be greeted by their friends and family on screen.

Also, it’s unlikely that the stars who have been previously eliminated will be around to congratulate their winner.

Likewise it’s been reported that last year’s winner Giovanna Fletcher won’t return to the castle to hand over the crown.

So some have said it’s shaping up to be quite the underwhelming finale.

Whoever wins the show, there will always be someone who’s unhappy with the result.

And one look on Twitter will doubtless show a host of disgruntled fans of the celebrities who just missed out.

The I’m A Celebrity final airs tonight (December 12) at 9pm on ITV.

Head to our Facebook page @EntertainmentDailyFix and tell us what you think will happen in the final.