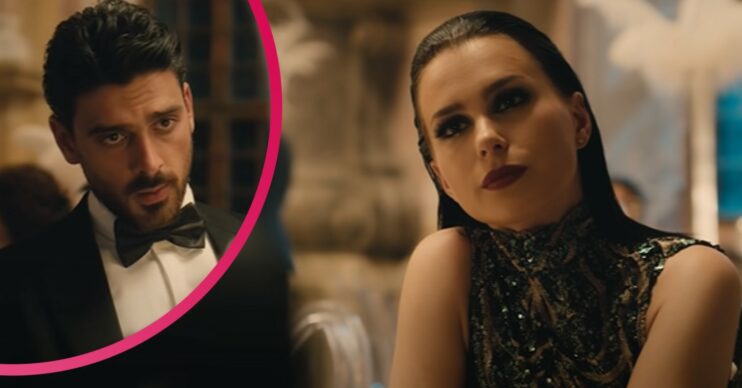 365 Days: This Day leaves viewers all saying the same thing

After 365 Days debuted on Netflix, fans couldn’t wait for the sequel.

The ins and outs of Massimo and Laura’s sex life kept viewers gripped and left many hot under the collar.

After a much-needed breather, 365 Days: This Day catches up with the couple – but fans may have wished it hadn’t.

The film continues to follow the couple – with a bit of Mafia action thrown in and a new hunky love interest for Laura!

We don’t want to give away any spoilers, but it picks up from where it left off with that major cliffhanger of Laura in the tunnel.

Fans couldn’t wait to find out the fate of the dramatic duo, but were left disappointed, according to social media.

The main complaint was the sequel’s lack of plot.

One viewer tweeted: “#365daysThisDay is genuinely the most deranged movie in the world but girl I have never been so non-stop entertained by what is essentially a succession of music videos loosely connected by plot.”

Another said: “Practically a 2 hour music video, sex scenes every 10mins, and the real plot began in the last 20mins.”

Meanwhile, a third fumed: “I wasted my data watching this #365daysThisDay no storyline, no plot. Just bland sex scenes. I can count the number of conversations they had in that movie.”

Will there be a third film?

365 Days: This Day had an explosive ending and a third film is said to be in the pipeline.

The Next 365 Days is the name of the third book in the trilogy written by Blanka Lipińska.

If the film is anything like the novel, it will be a dramatic film where Laura’s life hangs in the balance.

Fans have said they’d still watch the movie even though they complained about the sequel’s plot.

Teasing viewers, Blanka said: “One thing I can promise you is that it’s not over yet!”

In May 2021 the writer seemed to confirm a third film was a done deal.

Read more: 365 Days on Netflix: Who is Michele Morrone’s wife? What else does he do?

She told Deadline: “I’m hugely honoured that the remaining two parts of my 365 Days trilogy—This Day and Next 365 Days—will be brought to life on screen by Netflix.”

365 Days: This Day is available to watch now on Netflix.