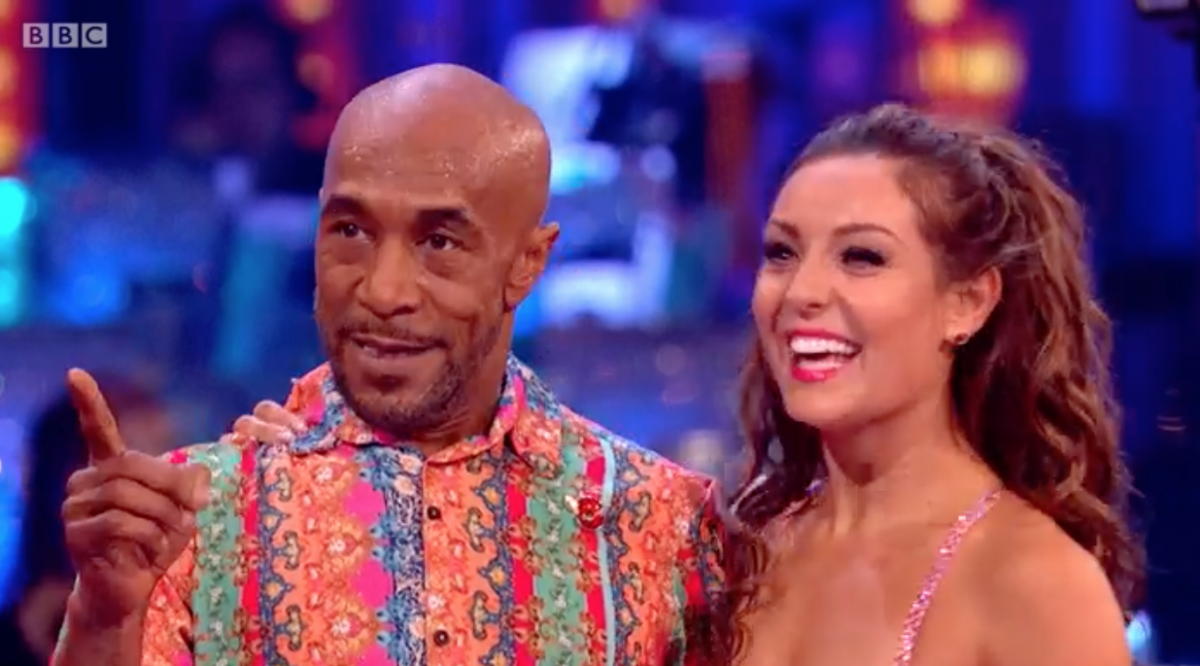 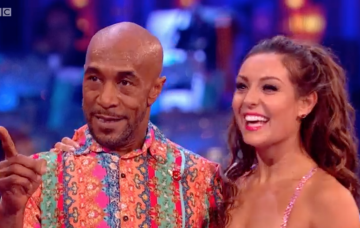 Danny John-Jules has hit out at Strictly Come Dancing’s judges amid claims he is the victim of a “stitch-up”.

The Red Dwarf actor retweeted a string of messages accusing the show of a vendetta against him, after he finished bottom of the leaderboard last night.

Danny hit the headlines this week after reportedly leaving professional partner Amy Dowden in tears during training and telling her: “I’m the star, not you.”

After their samba on Saturday’s live show, judge Craig Revel Horwood told Danny he needed to “chill out” and “calm down”.

Bruno Tonioli advised him “to be very careful” when pushing Amy around the dance-floor.

Read more: Danny John-Jules’ wife slams Strictly for “throwing him under the bus”

It clearly left the Death In Paradise star feeling aggrieved as he went on to retweet posts accusing the show of wanting him out.

One fan wrote: “Sensing a bit of a stitch up.” Another posted: “Tonight you were robbed by the judges.”

Echoing those views, a third added: “Strictly seems to have decided it’s his time to go.”

Sensing a bit of a stitch up 🤔

@DannyJohnJules usually you get one of my strictly votes, been a fan for years since Red Dwarf and I love your dancing. You have had all three tonight as it felt like a right stitch up. Good luck!

OK, no hateful comments to the following question, because I love both, but why did @DannyJohnJules & @dowden_amy only score 27/40 & @Joe_Sugg & @dbuzz6589 get 32/40?
Like I said, I love both, but can’t see why 1 couple scored so much lower than the other, when both were good. pic.twitter.com/woZtE2Cukt

#strictly2018 @DannyJohnJules underscored tonight in my humble opinion, quote “ no mistakes “ then 7’s ????

I thought that too, surely if a dance didn’t have any mistakes it should get maximum marks.

Seems to me everyone wants @DannyJohnJules out.

No way should be bottom of the list. #strictly2018

@DannyJohnJules @dowden_amy I don’t get what the judges are seeing that makes them give low scores! WE don’t agree!! Fantastic dancing!!!

@DannyJohnJules @dowden_amy Usually split my votes. Tonight you were robbed by the judges. Well deserved all 3 votes are yours loved it. #dontbuythesun #dannyjohnjules

Anyone who has ever met Danny knows how utterly absurd it is. A true gentleman, one of my favourite people to chat to at cons. Sadly, #Strictly seems to have decided it’s his time to go.

She wrote: “Just voted for my other mate @DannyJohnJules too. He’s an entertainer and I hate that he’s been targeted this week. Keep rising dude. Those who know you, know the truth #Strictly.”

Danny retweeted numerous other messages vouching for his good character.

Just voted for my other mate @DannyJohnJules too. He’s an entertainer and I hate that he’s been targeted this week. Keep rising dude. Those who know you, know the truth 💋 #Strictly

My thoughts exactly. He has been in the entertainment industry for over 30 years and no stories like this have ever surfaced before.

In the times I worked in telly, I met some brutish ogres and really mean-spirited people. I also met some supportive, warm, passionate and charming folk. @DannyJohnJules is comfortably in the latter camp.

Thats so so true never meet someone with so much time for people, even if they just say hi, he takes time to speak with them and have a picture 😊😊I know because he did it with me 10 years ago and been good friends ever since 😊😊😊 rang me Christmas day too

On last night’s show, Craig Revel Horwood said of the actor’s performance: “I thought it was very spiky, very stiff.

“There’s too much energy in your dancing. You need to chill out just a little bit. I love your dancing but it just needs to calm down.”

Bruno added: “You have to be very careful. You can’t be too sharp and staccato. You push her and you lose that soft bounce.”

But Darcey Bussell and Shirley Ballas told Danny he made “no mistakes”.

Danny and Amy appeared on Friday night’s It Takes Two to deny claims that he was bullying his partner.

His wife Petula has also taken to Twitter to accuse Strictly of “trying to destroy him”.

* Strictly Come Dancing: The Results is on BBC1 at 7.50pm tonight.

Do you think the judges were unfair with Danny? Leave us a comment on our Facebook page @EntertainmentDailyFix and let us know what you think!