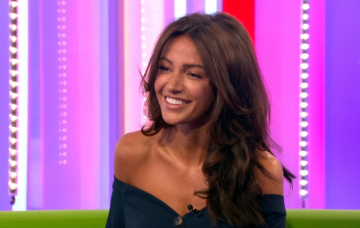 Great Celebrity Bake Off line-up revealed and some of our faves are in there!

Michelle Keegan will be getting her hands dirty

Michelle Keegan, Caroline Flack and Russell Brand will compete in The Great Celebrity Bake Off.

Read more: Coronation Street star to get six figures for I’m A Celebrity?

Sarah Lazenby, Channel 4 Head of Formats and Features said: “Stand Up To Cancer has become a force to be reckoned with in the fight against cancer.

“As part of the fundraising campaign this year’s special celebrity editions of ‘Bake Off’ managed to raise millions of pounds to fund ground breaking cancer trials.

“We hope to do the same again next year with our brilliant line up of famous bakers – all of whom bring their unique skills to the infamous tent.

“Expect some great bakes, a dollop of disasters, and lots and lots of laughs.”

Kieran Smith Bake Off Executive Producer added: “All of us have been affected by cancer in some way or other and Love are proud to once again partner with Stand Up To Cancer.

“We hope the prospect of 20 famous bakers sweating it out in our famous white tent proves hugely entertaining.

“But most importantly helps raise vital funds for a very worthwhile cause.”

The five part series will air in 2019 and will feature judges Paul Hollywood and Prue Leith, plus hosts Sandi Toksvig and Noel Fielding.

Who are you most looking forward to watching? Leave us a comment on our Facebook page @EntertainmentDailyFix and let us know what you think.