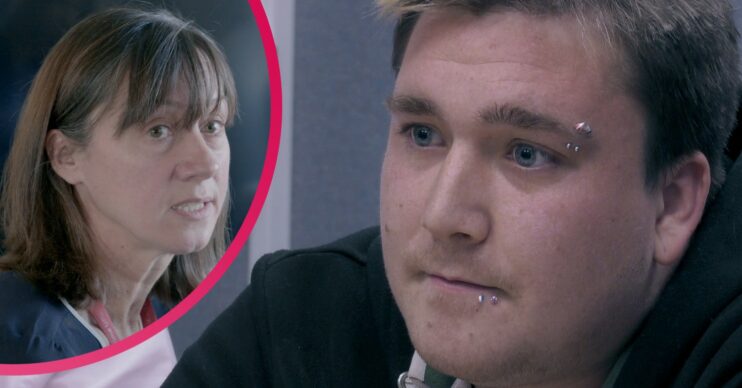 24 Hours in Police Custody on C4: Where is Daniel Gilbert now and will the baby he shook ever recover?

The series concludes with a devastating case of child abuse

Channel 4 show 24 Hours in Police Custody concludes with one of its most distressing cases yet – that of an injured baby.

It follows an investigation into a baby-shaking incident, which is one of the hardest crimes to prove.

The documentary series focuses on a 2017 attack that left a seven-week-old baby with “appalling” injuries.

Here’s everything you need to know about the investigation and its aftermath.

What happens in 24 Hours in Police Custody episode Holding the Baby?

Police investigate the case of a baby with suspicious injuries in the last of the documentary series.

These cases are particularly hard to investigate as there are rarely witnesses.

Police can only prosecute if the parents give themselves away.

So officers must observe them closely while the child is in hospital.

Daniel Gilbert was caring for the child in question in August 2017 when the boy became floppy.

The court heard how the baby started bleeding from the nose and mouth and went into cardiac arrest.

Paramedics resuscitated the boy and took him to the Luton and Dunstable Hospital.

What happened to the baby Daniel Gilbert shook? Will the baby ever recover?

Scans revealed that the baby had suffered a bleed to the brain.

This included damage to the cardiac control centres in the brain stem, and caused his heart to stop working.

He was also bleeding from both retinas.

Bedfordshire Police said it was “unlikely” the child would ever be able to walk or feed without a tube.

Furthermore, reports suggest he will need round-the-clock care for the rest of his life.

Medical experts ruled out natural causes for the injuries.

What did police say?

DI Justine Jenkins, seen on the show, noted Gilbert was “inconsistent” with recalling what happened during police interview.

She said: “This was not a gentle shake, but a forcible, severe shake, causing the child to suffer permanent brain damage and partial vision.

“The quality and length of [the baby’s] life is likely to be very limited, and it is extremely unlikely that he will ever be able to walk or feed himself without the use of a tube.

“The fact that Gilbert was inconsistent in his accounts of what had happened that night proves that he wasn’t telling the complete truth.

DI Jenkins concluded: “Gilbert’s actions left this poor defenceless baby with such appalling injuries, which have changed his life forever.

“I am pleased that he has received a custodial sentence for this.”

24 Hours in Police Custody baby: Where is Daniel Gilbert now?

The investigation led to a three-week trial in the summer of 2019.

Finally, Daniel was sentenced to three years in jail for the attack.

An NSPCC spokesperson for the East of England said: “Gilbert’s actions were beyond sickening with his abuse permanently damaging the health of a completely innocent baby boy.

“Babies and young children are completely at the mercy of those looking after them which is why we all need to look out for signs of neglect or abuse.

24 Hours in Police Custody concludes on Monday November 1 at 9pm on Channel 4.