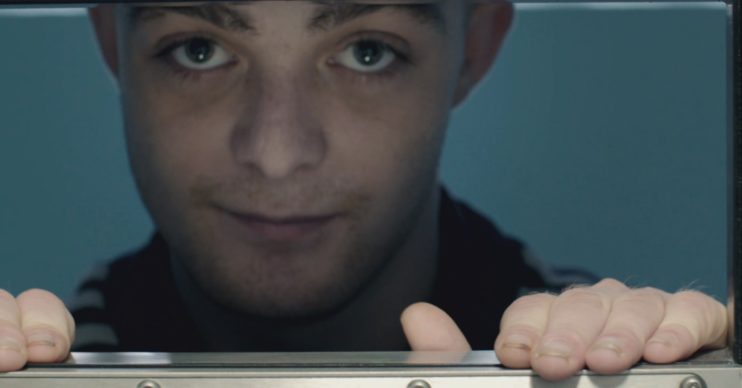 24 Hours in Police Custody on C4: Where is rapist Barry Price now? Has he been convicted?

His horrifying crimes are the focus of the C4 documentary series as it returns with a new series...

Channel 4 documentary series 24 Hours in Police Custody returns to Channel 4 on Monday (March 22 2021), focusing on the horrifying crimes of Barry Price – but where is Barry Price now?

Has he been convicted? And what’s he guilty of?

Here’s everything you need to know about the returning series of 24 Hours in Police Custody, and the first suspect Barry Price.

What is Barry Price accused of?

His abhorrent behaviour while being interviewed doesn’t exactly help his cause.

Viewers discover that he has a history of violence.

Within days of leaving police custody, he reoffends and officially ends up on the Most Wanted list.

He then raped them in prolonged attacks.

Where is Barry Price now?

A judge and jury found him guilty of four counts of rape, three counts of sexual assault, and two counts of false imprisonment.

He locked her in his car and raped her, and then took her to a property in Gamlingay where he continued to assault her.

Eventually, he took her to the train station and said: “Good luck getting home.”

A month later, he met a 15-year-old girl and did the same.

When she tried to leave, he threatened her and destroyed her mobile phone.

Mr James Wood QC described Barry as callous and said he showed no remorse or empathy.

Barry was sentenced to serve 14 years in jail, with an extension of four years to reflect the dangerous nature of his offending – a total of 18 years behind bars.

He was also served with an indefinite Sexual Harm Prevention Order and an indefinite restraining order not to contact his victims.

Where is Barry Price now? Where is 24 Hours in Police Custody filmed?

A spokesperson said on behalf of the police force: “In 2014, we took the unprecedented move to allow cameras into the force 24/7 to film a fly-on-the-wall documentary capturing some of the issues faced by police officers today.

“We welcomed the makers of 24 Hours in A&E and One Born Every Minute, allowing them to install 80 fixed-rig cameras into areas of Bedfordshire Police filming policing in action 24/7 over a six week period.”

There are four episodes in the new series of 24 Hours in Police Custody.

This is the 11th series of the Channel 4 documentary series.

Episode two sees the police investigate an apparently unprovoked attack that has left a man fighting for his life.

A complete stranger shot the victim in the chest at point blank range.

Later, a woman arrives at Luton police station to report being threatened by a man who matches the description.

Who narrates 24 Hours in Police Custody?

You’ll probably know her from her role as Vod in C4’s Fresh Meat, Omega Christine Moore in Guerrilla and Claire Pascal in Wanderlust.

She’s also been snapped up to appear in series four of The Handmaid’s Tale and the upcoming Captain Marvel sequel.

24 Hours in Police Custody at 9pm on Channel 4

The series returns with four new episodes, each chronicling the tense 24 hours the police have to gather enough evidence to arrest a suspect.

In episode one, police officers interview a 23-year-old man with a history of violence.

Barry Price refuses to say anything except “no comment” and even yawns during the interview process with blatant disregard for his victims.

Without fresh evidence, the police force has no choice but to release the suspect.

But, wthin days of leaving police custody, he re-offends and officially ends up on the Most Wanted list.