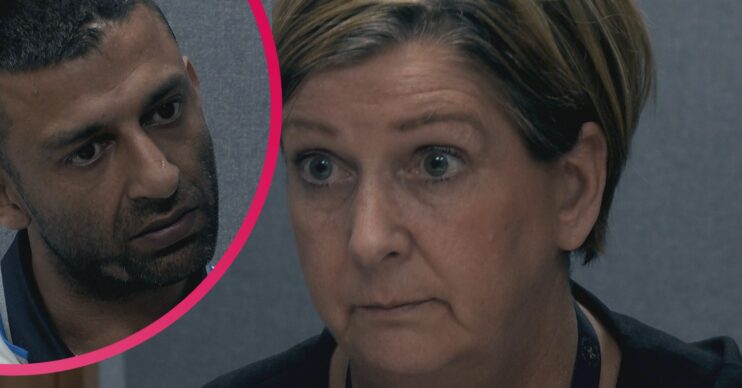 24 Hours in Police Custody on C4 – what happened in the Luton chicken takeaway fight?

24 Hours in Police Custody continues on Channel 4 and focuses on a disturbing and violent fight connected to a Luton chicken takeaway.

So what happened and why? Did police arrest and charge anyone?

The award-winning series begins tonight with a large group of people seen fighting on the streets.

In September 2018, residents of Saxon Road in Luton witnessed a huge brawl outside a Peri Peri chicken shop.

The mass of men used fists, knives, baseball bats and even hammers to hurt each other in the fight which took place outside a Luton takeaway.

In one shot from CCTV footage, a car driver attempted to ram someone with his vehicle.

One man doused another in boiling oil.

Seven of the men needed hospital treatment as a result of the fight – including a 15-year-old boy, who was left in a critical condition.

Others suffered serious injuries including stab wounds and broken bones.

The Bedfordshire police must investigate the crime and find out the culprits and cause.

However, the police struggle to deal with the case due to a lack of personnel.

The local MP subsequently raises the problem of staffing levels in Parliament.

Luton chicken takeaway fight – what was feud about?

Detective Scott Hannam of the Criminal Investigation Team takes charge of the case.

He discovers that the root of the violence is a long-running feud between two rival families over control of the lucrative spicy chicken trade – specifically one local takeaway.

Luton’s criminal investigation team must then wade their way through conflicting accounts of the incident.

Unsurprisingly, witnesses refuse to speak to the police.

Where are the rival families of the Luton chicken takeaway fight now?

A judge sentenced Mohammed Arshid to 23 months in prison for violent disorder and two counts of possession of a weapon in a public place.

CCTV footage shows him holding a pick axe, throwing a hammer and, in another incident, brandishing a machete.

“Private feuds cannot be allowed to spill into public mayhem.”

The C4 show tells us that there was “a lot of stuff that couldn’t go out into court” which would have made it “a very different trial had the truth been revealed”.

A judge sentenced Zahir to two years and eight months for possession with intent to supply class A drugs.

The court found the Parvaz brothers not guilty of all charges.

They denied any involvement in the supply of drugs.

Meanwhile, the court convicted David Barnett with possession of an offensive weapon in a public place and jailed him for 14 months

The jury found Idnan Akbar guilty of violent disorder and two counts of threatening a person with an offensive weapon in a public place.

The judge sentenced him to spend 14 months in prison.

Is the Peri Peri chicken shop in Luton still open?

The Peri Peri chicken shop has moved down the road.

It is still open for business.

24 Hours in Police Custody continues on Monday October 4 at 9pm on Channel 4.

Does 24 Hours in Police Custody make you feel safer or more scared? Leave us a comment on our Facebook page @EntertainmentDailyFix.