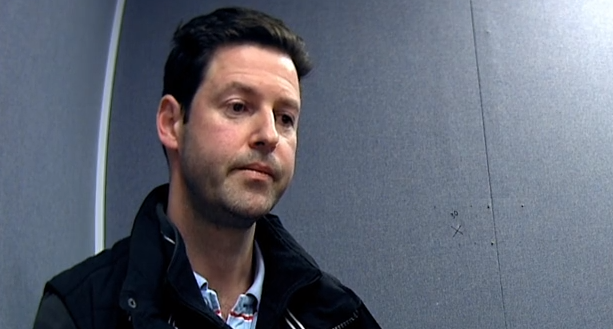 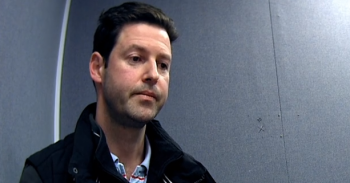 Telly fans were outraged last night as they heard of a surgeon who faked a burglary and tried to claim back £1m for stolen antiques.

Anthony McGrath, an orthopaedic surgeon, called the coppers from a country estate in Bedfordshire to report a burglary.

In scenes unfolding on last night’s (April 8th) 24 Hours in Police Custody on Channel 4, he claimed thieves had taken dozens of items – including an expensive Persian rug and a 19th-century red marble fire surround.

But in fact, McGrath had shipped some of the items he said were stolen to Ireland, taking them to his family home using a hired van he didn’t know was equipped with a tracking device.

CID detective Dave Brecknock suspected fraud and as the case began to unravel dramatically, detectives realised the burglary was staged.

One piece of evidence giving McGrath away was the GPS tag on a photo of the marble fireplace, which showed the coppers it had not been taken in the house where the burglary was claimed to have taken place.

McGrath was arrested at home and the show moved on to a series of tense interviews at the police station.

It was his behaviour in speaking to the police that really riled up the viewers, with many taking to Twitter to blast him as “arrogant” and “pompous”.

One wrote: “The surgeon on #24hoursinpolicecustody is coming across as so arrogant! I am so delighted they found evidence of the fraud, can’t wait to see his reaction when they tell him they found all the ‘stolen’ stuff.”

Another tweeted: “The surgeon on the show last night was… well I’m at a loss for words… the arrogance of the man knew no bounds. And outrageous accusations made about the police officers… disgusting…”

Someone else commented: “What an episode. The surgeon’s arrogance knew no bounds and even when on the ropes he still denied fraud.”

A fourth said: “This surgeon is such a pompous moron. You can tell he’s never been in trouble, which is why he was so arrogant and thought he could get away with it. The look on his face when the officer said he’d be in the cells.”

The surgeon on #24hoursinpolicecustody is coming across as so arrogant! I am so delighted they found evidence of the fraud, can't wait to see his reaction when they tell him they found all the "stolen" stuff.

Just caught up on tonight’s #24hoursinpolicecustody and what an episode. The surgeons arrogance knew no bounds and even when on the ropes he still denied fraud.

During the scenes at the police station, McGrath even went as far as to accuse the officers of trying to “provoke” him.

The fraudster was shown a photo of an item he’d reported stolen and responded: “That is one of a pair of candelabra that has been in my house since I was a little boy. And it has profound sentimental value to me.

“When my sister was killed and my two parents died, my father left all his antiquities to me, including that, and some [bleep] has the other one.”

He added, apparently raging: “And you are showing me that to provoke me into this kind of behaviour. This does not make me guilty.”

Following two trials, McGrath was found guilty of fraud by false representation and committing acts with intent to pervert the course of justice and sentenced to eight years behind bars.

What were your thoughts on the surgeon in this week’s episode? Leave us a comment on our Facebook page @EntertainmentDailyFix and let us know.