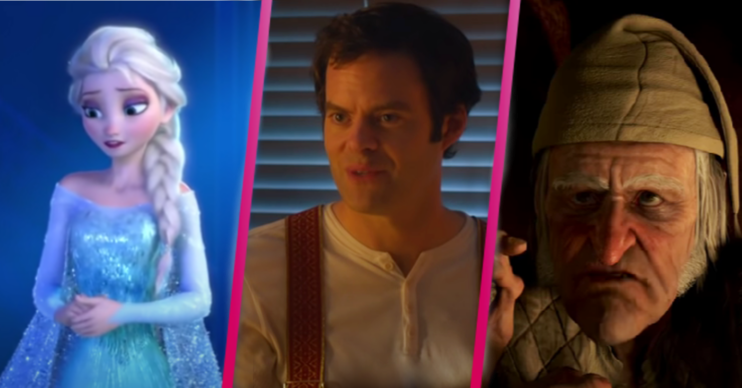 The 10 Disney films that MUST be watched at Christmas

Christmas is upon us, which means it’s time to start thinking about which Disney Christmas films to binge.

Disney has produced some incredible classic movies, but here are the 10 Disney films we highly recommend you watch at Christmas time.

After he accidentally causes the death of a man in a Santa suit, Scott finds himself in the North Pole where the elves tell him he must take Santa’s place before next Christmas arrives.

The perfect film series for all the family.

2. The Nightmare Before Christmas

If you’re looking to get into the festive spirit, The Nightmare Before Christmas is a great film to get started with.

When the king of Halloween Town, Jack Skellington, discovers Christmas Town he attempts to bring Christmas to his hometown. However it ends up causing some confusion.

This is Disney’s adaption of Charles Dickens’ classic novel about miserable elderly man, Scrooge, who is taken on a journey of self-redemption.

We would highly recommend this enlightening Christmas story.

Another Disney adaption is The Muppet’s Christmas Carol, which we’d recommend for those with younger children.

5. Mickey’s Once Upon a Christmas

If you want a classic Disney film with a Christmas twist, then look no further.

Mickey’s Once Upon a Christmas tells three short stories starring Donald Duck, Goofy and the one and only Mickey Mouse.

Of course this film is perfect for the whole family, especially if you want to show your little ones some classic Mickey tales.

Santa’s daughter must take over the family business when her father retires and her brother, who is set to inherit the role of Santa, gets cold feet.

This Christmas comedy is great for all family members, however this is definitely one you may enjoy more once the kids have gone to bed.

7. I’ll Be Home For Christmas

Another Disney Christmas film is this 1998 film I’ll Be Home For Christmas.

This tells the story of a college student who’s left stranded in the desert with just a few days to get home for Christmas.

Perfect for all the family and if you want some of that 90s Disney nostalgia.

Although not necessarily Christmas films, you have to admit both Frozen films are great to watch around Christmas.

The first film tells the story of Anna and Elsa. Elsa was born with magical powers, meaning she is able to create ice and snow.

Elsa is kept apart from her sister, however when she is to be crowned Queen of Arundelle, she unintentionally engulfs the kingdom in ice and snow.

With the sequel released in 2019, both films are perfect to watch on Christmas Eve, especially if you’ve got kids or the grandkids over.

‘Twas the Night is a Disney Channel Original film released in 2001.

It tells the story of a mischievous 14-year-old and his uncle who decide to take Santa’s high-tech sleigh out.

Although not technically a classic Christmas film, if you enjoy a good Disney Channel film, this early 2000s comedy is perfect.

While not technically a Christmas film, High School Musical takes place around winter time and tells the story of basketball star Troy Bolton and science genius Gabriella Montez, who are brought together on New Year’s Eve singing karaoke.

The two plan to audition for the winter musical, however in a school where everyone is in set cliques, will they stick to the status quo?

A perfect film for all the family and fans of musicals

Which Disney films do you usually watch at Christmas? Leave us a comment on our Facebook page @EntertainmentDailyFix and let us know what you think!