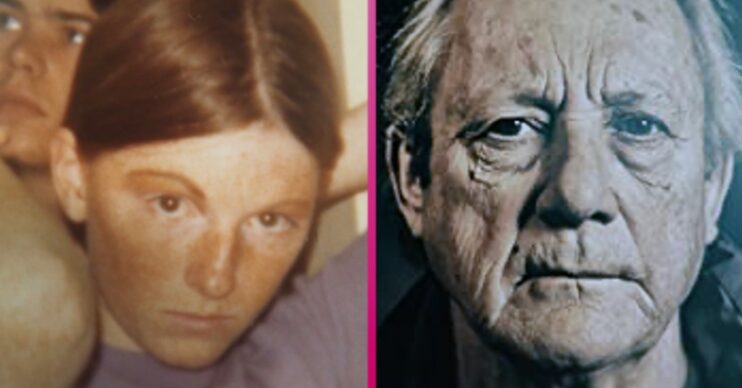 The Unsolved Murder of Beverly Lynn Smith delves into a true crime story with more “twists and turns than fiction”.

The four-part documentary series – currently streaming on Amazon Prime – re-examines the devastating murder of a young mother in Canada.

It also interviews the prime suspect Alan Smith and looks into the police’s case against him.

Who was Beverly Lynn Smith?

Beverly Lynn Smith was a young mother and wife.

Friends and family described her as a vibrant, loving woman who was popular in the community.

The 22-year-old mum was a conventional American “Girl Next Door”, according to reports.

She lived in a rustic farmhouse in the industrial community of Raglan, Oshawa, with her husband of four years, Doug Smith, and their 10-month-old daughter, Rebecca.

Beverly had a twin sister called Barbra, and two other sisters called Wendy and Susan.

What happened to Beverly Lynn Smith?

A neighbour went to check on Mrs Smith when her husband couldn’t reach her from his work.

The neighbour found Beverly dead on the floor of the kitchen-dining room.

Police later said that Beverly had been signing Christmas cards in the living room of her Old Simcoe Road home before opening the door to a visitor.

How was Beverly Lynn Smith killed?

Beverly Lynn Smith was shot in the back of the head, execution style.

She was found murdered in her own home, with a single bullet wound.

Investigators in 1974 told news media that she died from a single shot to the head from a .22 calibre gun.

Police found no weapon at the scene.

There was no indication that the shot came from outside the house, and nothing appeared to be missing.

The killer had not ransacked the house, and Mrs. Smith was fully clothed and had not been sexually assaulted.

In other words, there was no apparent motive.

Who was Alan Smith and why did the police suspect him?

The murder of Beverly Lynn Smith was actively investigated for a year, but the trail ran cold.

By 2007, the case had gone cold, until a tip was offered to the investigation team implicating Alan Smith.

Beverly’s neighbour Alan Smith (no relation) became a key person of interest, and the eventual target of a controversial police investigation.

Alan lived across the street, so had the opportunity – but did he have a motive?

In fact, it was actually Alan’s wife Linda who discovered the lifeless body of Beverly Lynn Smith at home.

When did police arrest Alan Smith?

Durham Regional Police arrested Alan Smith, 56 at the time, in 2008 – more than 30 years after the murder of Beverly Lynn Smith.

Police interviewed more than 200 people across Canada and in the United States.

They asked some of those people to submit DNA and fingerprint samples.

Alan was arrested on suspicion of second-degree murder.

In a shocking twist, charges were later dropped, only to be relaid months later.

In July of 2008, the Crown withdrew the murder charge, citing no reasonable prospect of a conviction.

Cobourg man Alan Smith was again arrested in 2014, and eventually tried for the murder.

The sting operation led to Smith being acquitted of the crime in 2014 (his second arrest for the same crime).

What evidence did the police have against Alan Smith?

The police had very little, if any, physical evidence against Alan Smith.

Police believed the murder was committed by a local person, who Beverly let in to her home.

No one in the tight-knit community reported seeing or hearing anything out of the ordinary on the night of the killing.

Nor was there any signs of forced entry.

Police believed it was not a spontaneous event but had been planned because of the way she was killed.

For decades she had insisted Al was with her until the moment she discovered Bev lying on her kitchen floor.

However, in 2007, she changed her story and accused Al of the killing.

She said she’d seen Alan bury a gun, which was never found.

Linda even confessed to the murder herself, and failed a polygraph test.

What was the Mr Big police sting?

In January 2009, Alan Smith entered a draw and won an ice fishing excursion to Lake Simcoe.

It was through fishing – Alan’s hobby – that the police lured him.

In fact, the contest at the local mall was a sham – the prize was a way to establish contact with him.

One cold morning in February 2009, Alan piled into a van with several other guys, every single one of them an undercover cop, and headed north.

Alan hit it off with undercover officer Danny, and the pair remained ‘friends’.

Soon Alan was tagging along as Danny engaged in low-level criminality, including selling and buying stolen guns.

The deals were all “plays”, involving undercover cops – all intended to trick Alan into criminality – led by veteran cop Jack.

After tricking Alan into criminal behaviour, the police hoped he would confess to the murder of Beverly Lynn Smith.

In fact, Alan Smith confessed that Beverly was shot when he and another man went to the house to steal pot.

He blamed the other guy – a man named Dave Maunder.

Dave in turn told police that Al had gone to the house the night of the killing and had pulled the trigger.

Within days, Alan had recanted the confession, telling Danny he admitted the killing just to get away from Jack who “scared him shitless”.

Because of the controversial police tactics, and a coerced confession, the police could not prosecute Alan Smith.

She says: “I wanted to know who killed my twin sister.”

In fact, Barbra Brown will stop at nothing to solve her twin sister’s murder.

She has actively taken part in appeals for help solving the murder case.

Where is Alan Smith now?

He says: “Those cops had it out for me from the get-go.

“They were convinced I did it.

“How can I convey to this planet that I’m innocent?

“You got the wrong guy!”

In addition, he is suing three Crown attorneys.

The investigation is still ongoing.

Her sisters thinks so, telling the documentary makers: “Alan Smith killed my sister.”

Some accused the police of “shredding” Alan’s reputation without any proof.

Through all the twists and turns, Alan Smith has always maintained his innocence.

If the police had enough evidence, they would have charged him.

The Unsolved Murder of Beverly Lynn Smith on Prime Video

In fact, the operation opened up more questions.

The four-parter weaves together first hand accounts and expert interviews, and includes family archives, and rare access to key participants.

The Unsolved Murder of Beverly Lynn Smith is now streaming on Prime Video.

Are you a fan of true crime documentaries? Leave us a comment on our Facebook page @EntertainmentDailyFix.