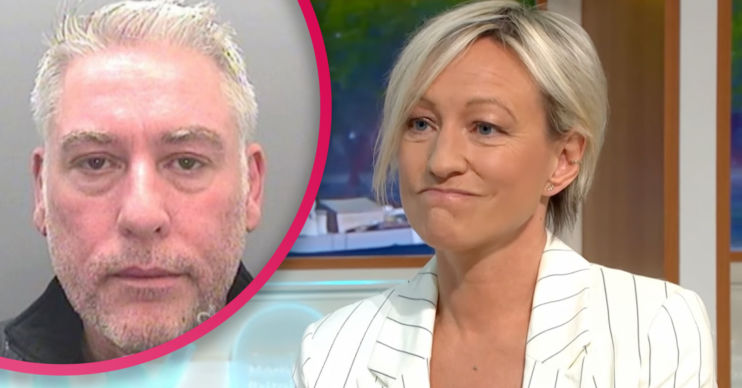 What happened to Ruth Dodsworth? Where is her husband now?

She fronts the Tonight show on ITV tonight

Ruth Dodsworth fronts a documentary tonight (May 5), lifting the lid on the abuse she suffered at the hands of her husband.

In the half-hour documentary, she will open up about the ordeal she and her teenage kids went through at the hands of ex-husband Jonathan Wignall.

What happened to Ruth Dodsworth?

Ruth was subjected to nine years of abuse at the hands of her now ex-husband Jonathan Wignall.

They were married for 18 years.

The former couple met in 2001, a year after Ruth became a weather presenter, and married in 2002.

Jonathan’s controlling behaviour began around 2010 when they moved from Swansea to Cowbridge.

It was then that she became their main breadwinner as his nightclub business started to fail.

But rather than celebrate her success, he grew envious and obsessive.

Ruth speaks out on husband’s abuse

Ruth says in the show: “I had no idea that the threats and manipulation my ex-husband used for almost a decade were actually a pattern of criminal behaviour.

“He would call me dozens of times a day, wanting to know where I was and who I was with,” she said.

Ruth added: “He would check my phone and even delete contacts from it.

“He would turn up at my workplace, or insist that I leave the studio to eat lunch with him in his car.”

Ruth added: “It wasn’t until my own children began to fear for my safety that I realised what was going on wasn’t normal.

“In October 2019, I finally called the police and my then-husband was arrested.

Previously unseen footage of his arrest will be shown in the show tonight.

Where is the husband of Ruth Dodsworth now?

He is currently residing at Her Majesty’s pleasure.

However, not for long, it would seem…

Read more: Netflix fans are convinced 365 Days was are having sex for real

Ruth explains: “My ex-husband was jailed for just three years and nine months, but could be released later this year after serving less than half of his sentence.

“I can’t pretend I’m not scared, but I am trying to stay positive.”

Jonathan pleaded guilty to one count of coercive and controlling behaviour and stalking.

Ruth Dodsworth’s children told her ‘he will kill you’

At the height of the abuse, they told their mum not to come home because they feared their dad would “kill her”.

In the documentary, Grace also breaks her silence about what the family went through.

She says: “This was our reality, this was our lives, it was normal for us.

“And then all of a sudden we’re having all these professionals telling us that’s not right, and everything we’ve known is pretty much gone.”

Controlled By My Partner? The Hidden Abuse airs at 8.30pm on Thursday May 5 on ITV and on catch-up on the ITV Hub.

So will you be watching? Tell us on our Facebook page @EntertainmentDailyFix.