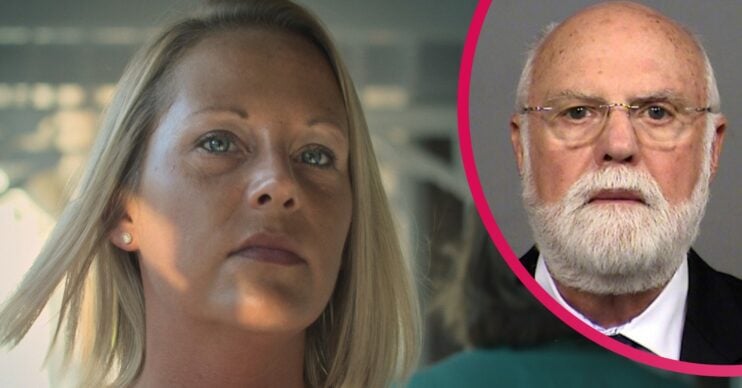 Where is he now?

The disgusting doctor abused the trust of his patients when he unlawfully used his own sperm to impregnate dozens of unsuspecting women.

The American fertility doctor from Indiana University School of Medicine had been getting away with it since the 70s.

Here’s everything you need to know about Doctor Donald Cline, the subject of new Netflix documentary Our Father.

Read more: The true story behind The Staircase: Where is Michael Peterson now?

Who is Doctor Donald Cline?

Donald Cline was a well-liked and well-respected fertility doctor working at the Indiana University School of Medicine.

The America doctor opened his clinic in 1979.

At the time, infertility was a relatively new medical specialty.

There were no big sperm banks yet, and doctors usually found donors themselves.

They often used medical trainees students, who were nearly all men.

Donald was THE fertility specialist in Indianapolis at the time.

Which makes his crime all the more shocking.

What did Doctor Donald Cline do?

Donald Cline committed “fertility fraud” – the failure on the part of a fertility doctor to obtain consent from a patient before inseminating her with his own sperm.

When hopeful – and often desperate – wannabe parents paid to visit his fertility clinic, he inseminated them with his OWN sperm.

He told his patients that the donors he used were medical residents.

Donald also said he used each donor for only three successful pregnancies.

Based on the birth dates of his youngest known donor children, Cline stopped using his own sperm in the late 1980s, when sperm banks became more common.

In 1987, a national survey of fertility doctors found that two percent had used their own sperm in patients.

Netflix’s Our Father – how many kids does Donald Cline have?

At the time of writing, it has been revealed that Donald has fathered 94 children.

More offspring could yet be discovered if and when they join a DNA testing website.

Many of the children Donald Cline fathered still live in Indianapolis.

They often find themselves accidentally running into his family.

Donald Cline admitted to using his own sperm about 50 times, which is about the number of children who have been identified through DNA.

More may be out there, though.

How was Doctor Donald Cline found out?

She discovered to her horror that Cline was her biological father.

An only child, conceived via donor sperm, Jacoba had always dreamed of having a brother or sister.

She purchased an at-home DNA test which showed that she had multiple half-siblings.

Jacoba had not one but seven half-siblings!

Of course, the number defied best practices in fertility medicine.

But they soon discovered the sickening truth.

They learnt that the fertility doctor their parents had chosen to use, had been inseminating his patients with his own sperm.

Shockingly, he did this without their knowledge or consent.

Their investigation ultimately exposed the shocking truth that Cline had fathered nearly 100 children.

They said they suspected that Donald Cline had used his own sperm in patients.

He eventually admitted to using his own sperm but said the records had been destroyed years ago.

Who is Jacoba Ballard?

Jacoba Ballard was one of the first to discover what Donald Cline had done.

She’d known she was donor-conceived since the age of 10.

In 2014, when she was 33, she began looking for half siblings who shared her donor.

She has said: “I was thinking one, or two at the most.”

Where is Donald Cline now? Is he still alive?

In December 2017, he received a one-year suspended sentence for lying when he’d denied being a sperm donor to unwitting patients.

At his sentencing, Donald Cline said he was “very sorry for the pain my actions have caused”.

He failed to specify how often he was a sperm donor.

Court documents say he admitted it was about 50 times.

If anybody is wondering why his sentence seems so light, there’s a reason…

There is no law in Indiana that specifically forbids a doctor from using his own sperm in his patients.

He was ultimately fined $500 and given a year of probation.

In an interview with The Guardian the director of Our Father, Lucie Jourdan, said: “He’s not dead.

“He’s active around his community.”

Jourdan adds: “He’s going to grandchildren’s swim meets and things like that.

“That’s the thing, he’s still out and about.

“In his head, I don’t think he thinks he’s done much wrong.”

Our Father on Netflix: Does Donald Cline have a family?

Donald Cline has two legitimate children – those he raised with his wife Susie.

Together they had a daughter named Donna, who worked as a nurse at her dad’s practice, and a son called Doug.

He also has adult grandchildren.

Is Donald Cline still a doctor?

Donald Cline lost his medical licence when the truth about his deception came out.

In 2018, the Medical Licensing Board of Indiana stripped him of his medical licence.

That means he is prohibited from applying to reinstate it in the future.

However, Donald Cline retired in 2009.

Our Father on Netflix – what’s Donald Cline film about?

A gripping documentary from Emmy-winning producer Jason Blum, the man behind The Jinx: The Life and Deaths of Robert Durst.

This feature length documentary – one hour and 37 minutes long – tells the horrifying tale of fertility doctor Donald Cline who broke every ethical rule in the book.

Our Father on Netflix about Donald Cline – what are the reviews?

Reviews are mixed so far.

She describes the show as “an undeniably gripping tale of a fertility doctor’s shocking crimes”.

Lucy added: “There’s plenty of shock value in this Netflix documentary about a church elder who secretly impregnated many women.

“But it needed to ask more way questions about the law and anti-female bias.”

Paul Bradshaw of NME gave the show one star out of five.

He said: “A real-life tragedy is reduced to a salacious bit of bin-juice bingeing.

“Netflix’s latest true-crime documentary is less a balanced exposé than it is a tabloid scoop played for shocks.”

Ready Steady Cut calls it: “Equally enthralling, sickening, and astonishing, Our Father was made to no longer silence Dr. Cline’s victims.”

Meanwhile one viewers wrote on Twitter: “I just finished watching Our Father documentary on Netflix and I still can’t believe how crazy this all is.

“My heart breaks for all the mothers who were violated by this narcissist, and for the siblings too whose world has been turned upside down.”

Another wrote: “I just watched Our Father in Netflix.

“And my blood boils knowing the victims who happen to be, unfortunately, his 94 children (and counting) who didn’t get the justice they so well deserve.”

Our Father is currently available to watch on Netflix.

What do you think about Doctor Cline’s actions? Leave us a comment on our Facebook page @EntertainmentDailyFix. 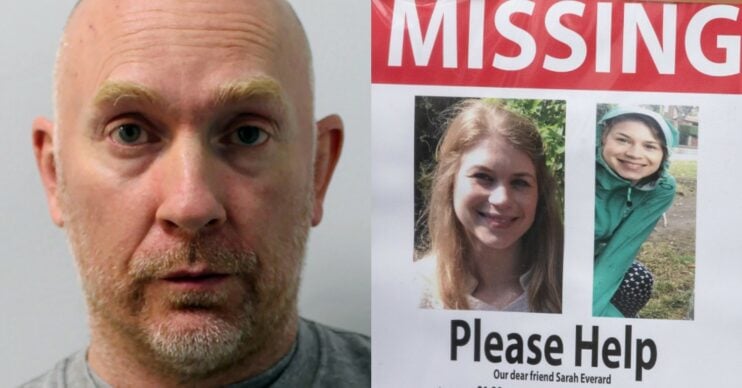