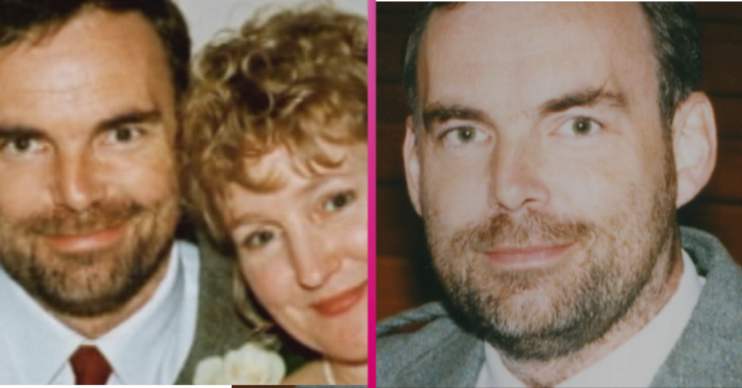 Married to a Psychopath on C4: Where is Black Widower Malcolm Webster now?

He murdered one wife, and plotted to kill more...

Malcolm Webster is every woman’s worst nightmare, targeting us with the most sinister of intentions – but where is he now?

Unsurprisingly, perhaps, his vile actions have been the focus of an ITV dramatisation, and now a Channel 4 documentary.

Married to a Psychopath re-examines the crimes of murderer Malcolm Webster.

He targeted wealthy women for their money, and plotted their deaths – until he was caught.

Here’s everything you need to know about Malcolm Webster and where he is now.

Who is Malcolm Webster and how old is he now?

Malcolm John Webster was born on April 18 1959 in Wandsworth.

He is currently 63 years of age.

After leaving school at 15 with no qualifications, Malcolm trained as a nurse, and took up odd jobs as a bin man, a driver and an office clerk.

His father, Alexander Robertson Webster of Kincardine, Fife, had been the head of the Fraud Squad in the Metropolitan Police, holding the rank of Detective Chief Superintendent.

What was wrong with Malcolm Webster?

Reports from his childhood suggest he was a serial liar.

Apparently, as a child, Malcolm pretended to faint in a bid for attention.

He was also known for starting fires, which earned him the nickname ‘Pyro’.

In his teens, Malcolm told the sickening lie that he had cancer when he didn’t.

As an adult, he told girlfriends he was suffering from leukemia, heart problems and cancer (again all lies).

A police profiler labelled him a sociopath.

What did he do?

In his 30s, Malcolm killed his first wife.

He later went on to attempt to murder his second wife.

Malcolm didn’t ever love his wives.

Instead he wanted their life insurance money.

What did Malcolm Webster do to his wife?

He relied on them to supplement his income.

During their devastatingly short marriage, Malcolm drugged her with Temazepam to keep her compliant.

On 27 May 1994, he drugged his 32-year-old wife, and deliberately crashed their car on the Auchenhuive to Tarves Road in Kingoodie, Aberdeenshire.

Malcolm then set the car on fire, with her in the passenger seat.

Webster, who claimed he swerved to avoid a motorcyclist coming at him in the wrong lane, received a £200,000 life insurance payout from his wife’s death.

He played the role of the grieving husband only too well, convincing her family it was an accident.

After his conviction, Claire’s brother Peter Morris said “the marriage was designed towards murder”.

The pair welcomed a son together called Edward.

But once again, Malcolm did not marry for love.

In a horrifying twist, Malcolm even drugged his new wife on their honeymoon.

He continued to do so, even when she was pregnant with his child.

During their marriage, he caused three house fires, including one at her parents’ house, perhaps in order to persuade Drumm to buy life insurance.

On the day the pair drove to the bank to make a payment for their new home in Auckland, Malcolm caused the car to crash blaming the steering wheel.

The car ended up in a ditch.

According to her testimony, Malcolm got out of the car and went to the boot, but repeatedly screamed at her to stay in the car.

However, she refused and got out of the car – an act that probably saved her life.

While he was at the hospital, his wife discovered he had cleaned out all of her money from a joint bank account.

In 1999, he was accused of attempting to kill Felicity Drumm to fraudulently obtain £750,000 from nine insurance policies.

It was discovered that she had been sedated.

Unbelievably, Malcolm was able to flee New Zealand and returned to the UK.

Felicity has since described herself as “incredibly lucky” for surviving the marriage.

Who was Simone Banarjee and did Malcolm marry her?

He had planned to bigamously marry Simone, having told her he had terminal leukemia.

Malcolm even shaved his head to convince people he had cancer.

Wealthy Banarjee changed her will, leaving her entire estate to Malcolm Webster.

However, the police presented her with an Osman letter, warning her about her fiancé’s past.

She later said she believed Malcolm had intended to drown her by staging a boating accident where they lived in Oban.

“Everybody else’s life jackets were fine.

“So I have pretty much no doubt that the boat was the way it was going to go.”

What else was Malcolm accused of?

Thirty-year-old Malcolm Webster was forced to resign from his job at Tawam Hospital, where he worked on the children’s ward in Abu Dhabi, UAE.

Within the six months he had worked there, three children had died suspiciously under his care.

All three children had been under six years old and died of cardiac failure (unusual for children that age).

Due to Islamic culture forbidding post-mortems, there was insufficient evidence for a police investigation.

His former co-worker and girlfriend, Beth Brown, stated that Malcolm Webster’s supervisors had discovered that he had been injecting himself with insulin.

They formed the opinion that he had killed the children with insulin injections.

Malcolm has always protested his innocence, and denied that his father used his influence to get his son out of the country.

After the death of his first wife Claire, the police had their suspicions.

For example, the car had been travelling slowly and there was an absence of skid marks.

Firemen at the scene wondered why Malcolm had not pulled his wife from the vehicle.

As for the car, there was no sign of violence to the vehicle.

In 2007, Simone Banarjee’s house was searched by police after they received information that Malcolm Webster had embezzled funds from an angling club.

During the search, the police seized a stolen laptop and an unlicensed gun.

An investigation into Webster, called Operation Field, was launched in 2008.

The police subsequently announced they were re-examining Claire Morris’ death.

At the same time the New Zealand police began re-examining the second crash.

What was he convicted of?

Police charged Malcolm Webster in 2009 for the murder of Claire Morris, the attempted murder of Felicity Drumm, and attempting to bigamously marry Simone Banarjee to gain access to her estate.

The investigation took five years and involved more than 1000 interviews.

On May 19 2011, a judge and jury convicted Malcolm Webster of the murder of his first wife in Scotland in 1994 and the attempted murder of his second wife in New Zealand.

He was also found guilty of arson, theft, fraud, drugging and attempted bigamy.

The judge served him with life imprisonment, with a minimum sentence of 30 years.

He was consequently removed from the nursing register.

Is Malcolm Webster still alive? Where is he now?

Malcolm Webster is still alive and serving his life sentence in jail.

He is now in Shotts Prison, Lanarkshire, and has refused to accept his guilt.

The murderer reportedly told inmates that he expects to die in prison.

In 2011, Malcolm Webster was said to be attacked by another inmate with a metal pole.

Following further attacks, he reputedly refused to shower for months on end.

He subsequently hired a convicted child molester to protect him.

All Malcolm Webster’s appeals have been denied.

Does Malcolm Webster have a son?

Malcolm Webster has a son with oncology nurse Felicity Drumm.

Is there a TV show about Malcolm Webster?

The Inside No 9 actor starred in the ITV three-part drama series The Widower.

Married to a Psychopath on Channel 4

The story of the hunt for murderer Malcolm Webster, who targeted wealthy women for their money.

The programme explores the crimes from the perspective of detective Charles Henry, who was behind the three-year investigation to re-open a cold case.

He would later be joined by 20 colleagues, who gathered more than 1000 witness statements and used 90 search warrants for banks, building societies and solicitors

In episode two (Monday May 09 2022), we look at the covert investigation into Malcolm Webster in light of evidence that he attempted to kill his second wife in similar circumstances to his first wife’s death over a decade before.

As Webster targets his third victim, a wealthy nurse whom he plans to bigamously marry, time is running out for the investigating officers as they learn that the bride and groom will be honeymooning aboard a yacht sailing into international water.

Married to a Psychopath concludes on Channel 4 on Monday May 09 2022 at 10pm. The first episode is available to watch on All 4.