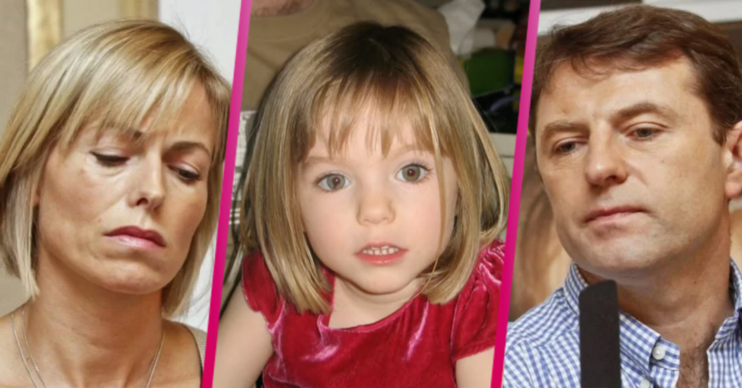 Madeleine McCann: 10 theories that continually resurface about her disappearance

It's been 15 years since the tot went missing

The tragic case of Madeleine McCann has been filled with conspiracy theories since the tot went missing in 2007.

It’s unclear exactly when, why or how Maddie was abducted.

There were reports of a botched burglary, child trafficking and even involvement from Maddie’s parents, Kate and Gerry.

As the couple mark a devastating 15 years since their daughter’s disappearance on May 3 2007, we take a look at some of the enduring conspiracy theories.

Kate and Gerry discovered their daughter was missing from their apartment in Portugal at 10pm on the night of May 3 2007.

There were reports the villa was targeted by burglars who panicked when they saw Maddie and took her.

However, Portuguese police dismissed the claims.

Many believed little Maddie was taken by child abductors.

Private detectives in 2007 claimed they had uncovered evidence that human trafficking “spotters” could have been operating in Praia da Luz at the time of the abduction.

Their theory is that Madeleine may have been “hidden and handed over to a child trafficker two days after she went missing and taken to Morocco”.

As a result, there have been a number of suspects questioned over the years, with the latest being Christian Brueckner.

Detectives named the German national an official suspect in the disappearance of Madeleine.

She called the suspect a “human pig” who “knows what happened to little Maddie from England“.

Anastasia claimed: “He said she was probably handed over to someone after being taken and, if she were still alive today, they would have found her by now.”

However, in a new documentary, Madeleine McCann: Prime Suspect, Brueckner is said to claim he can prove he was elsewhere when Madeleine went missing.

There have been several reported sightings of Maddie over the years but sadly none of them have been confirmed.

Shortly after their daughter disappeared, Kate and Gerry were named ‘arguidos’ or people of interest by the Portuguese police.

One of the senior detectives on the case, Gonaclo Amaral, reportedly believed the couple covered up their daughter’s death.

The claims came about after a sniffer dog was said to have reacted to traces of a body in the holiday apartment.

However, there has never been any forensic evidence to link the couple to the case, who have been forced to deny the awful accusations.

When Maddie went missing, police looked into the background of a local man who was linked to a string of sexual assaults on five young girls at Portuguese holiday resorts.

Described as a “lone intruder”, the man was said to have carried out two attacks in Praia de Luz, where Maddie and her family were staying.

Anthony Summers told the Netflix documentary The Disappearance of Madeleine McCann: “One startling element is the sheer number of sexual predators in the area at the time.”

5. Taken by a childless couple

There were reports that Maddie had been abducted by a couple desperate to have children.

Some say the tot was stolen to order, while others believe the unnamed couple took the child themselves to raise her as their own.

There were reports of suspicious-looking men hanging around the resort the day Maddie went missing.

As a result, it’s been claimed they could have been acting as a ‘spotter’ for the hopeful parents or maybe they were part of the couple.

One of the slightly more obscure theories is that the Portuguese police framed the McCanns to save the country’s tourist industry.

Edinburgh businessman Brian Kennedy told the Netflix documentary: “Let’s find somebody to blame for this that doesn’t make us look bad.

“I think it’s all tied into tourism, industry and tourism being down and the country’s GDP.”

There’s no doubt families weren’t rushing to Praia de Luz at the time of Maddie’s disappearance.

But whether the police accused Kate and Gerry to convince tourists the country was safe has never been proven.

7. Maddie has already been found

Some believe Maddie was found alive years ago.

Due to the fact their case is so high profile, the McCanns are said to have kept the news secret. This is so they can be left to live their lives in private.

The only way they could protect their daughter, the theory goes, was to let the public think she was still missing.

Again, there is nothing to substantiate any of the claims.

There is one theory that Maddie wandered off from the apartment and fell into a well.

A local resident explained in the Netflix documentary: “When you leave the Algarve, once you leave the main road and the tourists areas there are wells all over the place.

“I could take you 10 minutes drive from where I live and there’s a well which you can look down and it’s 100ft deep… Accidents can happen.”

9. Killed by a paedophile

Others believe that Madeleine was the victim of a paedophile who snatched her and later killed her.

It’s long been speculated that they then buried her body, possibly in the sea.

There have been seven sexual assaults involving the children of tourists in the Algarve in the last four years.

In the aftermath of her disappearance, there were claims that the area was a “magnet” for paedophiles.

One source close to the investigation is reported as saying: “The area is a magnet for paedophiles.

“There have been seven sexual assaults involving the children of tourists in the Algarve in the last four years.”

The enigma theory is that some people believe Madeleine never existed.

Some apparently think she was made up by the British government to distract attention from other news stories or to raise money for the country.

The theorists even claim that perhaps Kate and Gerry are “high paid actors”.

However Maddie disappeared, Kate and Gerry have spent nearly 15 years trying to find their daughter and desperately hope she is alive.

They have said that they will never giving up looking for their daughter.

Maddie would be 18 years old now.