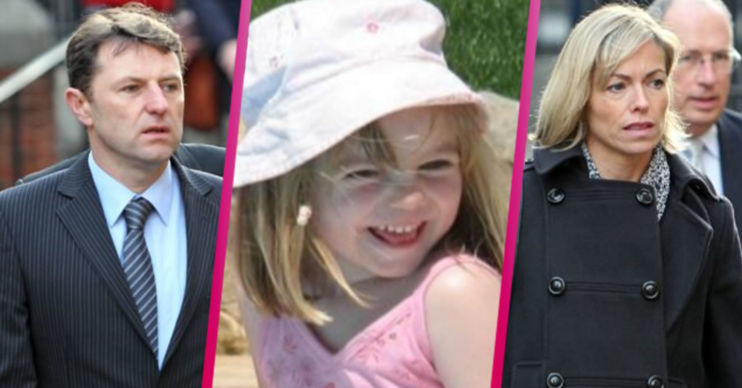 It's been almost 15 years since she disappeared

The parents of Madeleine McCann have broken their silence about official suspect Christian Brueckner for the very first time.

Kate and Gerry McCann have never given up hope that Madeleine may still be alive.

She disappeared on May 3 2007 – almost 15 years ago – from a holiday resort on Portugal’s Algarve.

Now, after news that Brueckner was named as an official suspect, Kate and Gerry have commented on the development – and the man police think kidnapped Maddie – for the very first time.

Kate and Gerry were reacting to the news that Brueckner has officially been made an “arguido” – an official suspect.

As a result, senior officials who worked on the case said the news “could mean everything”.

Jim Gamble, former head of the Child Exploitation and Online Protection Centre who worked on the Maddie case, also commented: “I wouldn’t be surprised if charges did follow.”

Now Maddie’s parents have said that they “welcome” the news.

Kate and Gerry’s statement in full

The parents released a statement about the development last night (April 22).

And, in doing so, they also made a heartbreaking confession about the daughter who went missing when she was aged just three.

Speaking directly about Brueckner for the first time, Kate and Gerry said: “We welcome the news that the Portuguese authorities have declared a German man an arguido.

“This reflects progress in the investigation.”

They then added: “Even though the possibility may be slim, we have not given up hope that Madeleine is still alive and we will be reunited with her.”

Why has he been named now?

Brueckner is currently in a German prison.

He was named as the man “responsible” for Maddie’s kidnap and murder in June 2020. However, no charges have been brought.

Now it’s been reported that the official suspect status has been made in order to stop him avoiding charges.

This is because Portugal’s statute of limitations kicks in for serious crimes after 15 years.

A well-placed source told Bild the authorities “want to keep their options open” with the deadline approaching.

However, the official suspect status is usually a precursor to charges being made.

And, not only that, Brueckner could now be flown from Germany to Portugal for questioning.